An overview on the upcoming Arcanist class in Lost Ark. 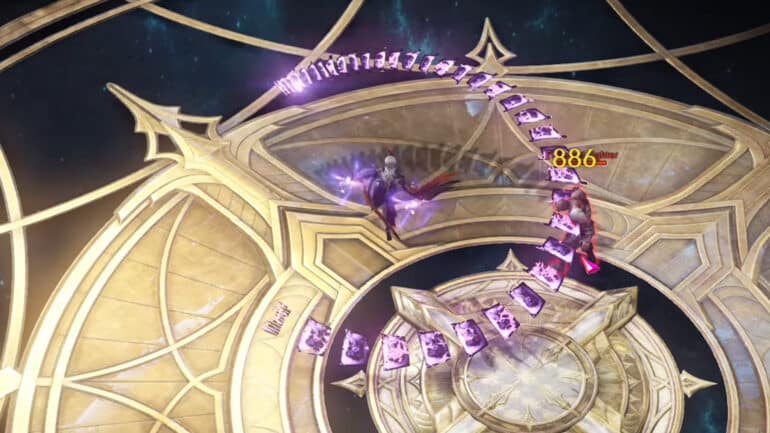 Lost Ark Arcanist class, or Arcana as known in the Korean servers, is one of the unreleased classes in Lost Ark. The Lost Ark Arcanist release date appears to be just around the corner now. As one of the expected upcoming classes to be released in the NA and EU servers, we will take a look at what we know so far about the card-wielding Arcanists.

What is the Arcanist Class in Lost Ark?

The Arcanist is an advanced class in Lost Ark under the Mage class that use the power of cards to deal damage to their enemies. It’s a female-only subclass of the Mage class. Its identity gauge and mechanic sets it as the most technical among the Mage classes with its stack-and-ruin gameplay.

Like with most of the advanced classes, the Arcanist has her own unique identity mechanic where each attack fills up her identity gauge or also known as the deck gauge.

Once filled, she will draw a card from her deck which can be used right away for some additional effects, or it can be stored for later use. There can be a maximum of 2 cards that can be held at a given time. Pressing the Z or the X key to release the left or the right card, respectively, will use the cards and enable their buffs or effects.

As stated above, the Lost Ark Arcanist uses cards to inflict various debilitating effects on their enemies. Some of these cards can provide benefits to the team and hinder their opponents, although the most effective effects are mostly determined by chance.

Another mechanic that the Arcanist has is its stack-and-ruin mechanic which allows them to dish out their stacking skills, which they can then follow-up with ruin skills that can deal bonus damage depending on the number of stacks the enemy has. Arcanists have three kinds of skills: normal (yellow), stack (blue), and ruin (red).

Their piercing blow is effective at removing large groups of enemies, but they are a class that relies heavily on chance and rarely plays the same way twice. They’re fantastic for individuals who like to stay concentrated during a fight, but they’re not great for those who prefer to continuously pressing the same few buttons for a long period of time without becoming tired of it.

Normal skills offer utility such as buffs, enemy debuffs, and the most important which is a chance to draw a card.

Stack skills deal damage and leave stacks of up to four cards on hit enemies. Different stack skills leave different amounts of stacks, which can be improved through tripods.

Ruin skills are considered as the detonator skills and can deal bonus damage depending on the number of stacks an enemy has. These skills can also deal stagger damage.

With how technical the Arcanist’s skills and gameplay are, it’s understandable that not all players would pick the class. But if you are still undecided on whether to get an Arcanist or not, here are some of the pros and cons that can help you decide:

What do you think about the Arcanist? Are you excited about its addition to the class roster in the NA/EU servers? This is just an overview of the Arcanist class so far. Expect to see build guides in the future once the class is officially added in the game.

When will the Lost Ark Arcanist Class be available?

A Lost Ark road map was released earlier this month hinting that the Lost Ark Arcanist Class might be available and released on May 2022. There’s no guarantee that it will be out in May, even if it was originally planned to be.

Always take rumors with a grain of salt, as we have no idea when the Lost Ark Arcanist post-launch class will be introduced to the game. It’s not clear whether Amazon has directly rejected or corroborated this claim since withdrawing the material, but it hasn’t either. Nevertheless, it is almost clear that it should be coming very soon.

The optimal Lost Ark Arcanist build for PVE won’t be known until the advanced class is released. Check back soon for more information.

As soon as the Lost Ark Arcanist Class be available, we will update this section with a recommended build.

Check out this video by Electric Dreams showcasing the Arcana or Arcanist’s skills and gameplay: