How to Beat Midnite in Mario + Rabbids Sparks of Hope 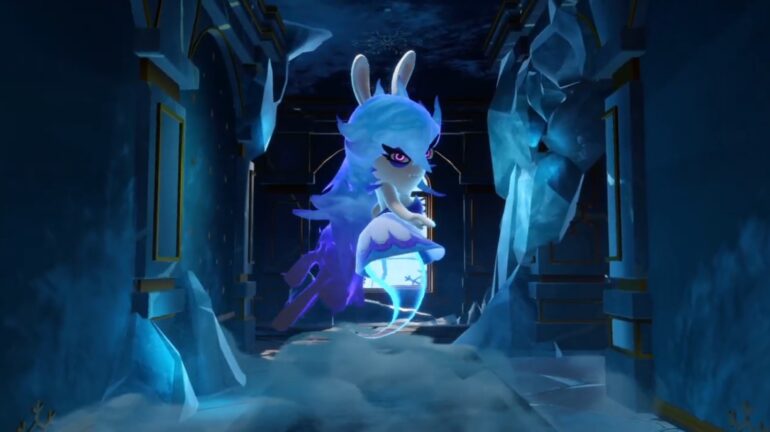 In Mario Rabbids Sparks of Hope, Midnite is the 2nd boss of the game and players will encounter her in Zone 2. Different from the Giant Wildclaw, she has 3 phases, and fighting her is really difficult. This guide will teach gamers how to defeat this specter and what pointers they need to know upon encounter, so read on.

The Midnite boss is a ghostly creature that has 3 phases and can change the arena every time it changes phase. As a Spark Hunter, she is resistant to Frostbite and can limit the attacks of Heroes and increase the damage of her allies. She can move to any location instantly and strike her targets with a Weaken state.

Mario Rabbids Sparks Of Hope Midnite: How To Defeat It?

Players will be required to have a party of four characters present against Midnite. But before anything else, a new character will emerge against the 2nd boss known as Rabbid Rosalina, a unique character that specializes in supporting characters and leaves enemies at their most vulnerable point. She is best used in medium to close-range battles and must be positioned well in corners or behind covers.

As Rabbid Rosalina will be part of your team as default, the 3 other characters recommended being used against Midnite are Edge, Mario, and Rabbid Peach. Players will need to use a balance and well-designed team to fight off Midnite and recommend using Sparks that increased offensive damage and do splash damage. Avoid also using frost-type sparks for Midnite is immune to them.

When the battle starts, players will need to remember the following points to defeat the Midnite:

And that’s all our tips and pointers on defeating Midnite in Mario Rabbids: Sparks of Hope. If players are interested in looking for more Mario + Rabbids Sparks Of Hope news, guides, and features, check out our other articles below:

Watch this video guide by Boss Fight Database to know how to defeat Midnite in Mario Rabbids: Sparks of Hope