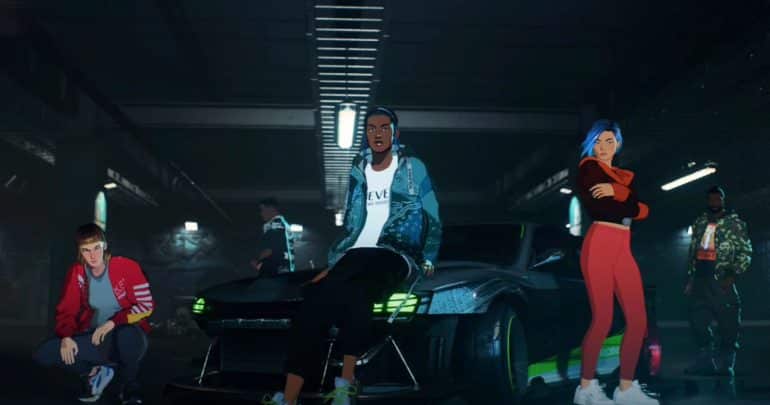 It may be a racing game at heart but cars aren’t the only thing on the spotlight as the Need for Speed Unbound characters give some much needed attitude to the streets. The cast and their voice actors all give you a stellar performance to ensure that there’s also personality and not just style. This article will talk about who the Need for Speed Unbound characters are and their voice actors.

Here are the Need for Speed Unbound characters and their voice actors:

A$AP Rocky voices himself and appears in the game as himself. This American rapper appears in the cover of Need for Speed Unbound and is the defacto face of the game. A couple of his songs can be listened to in-game as you drive along the streets of Lakeshore City.

The protagonist of Need for Speed Unbound who is voiced by Ian Nelson or Elizabeth Grullon depending on the gender picked for them. A talented street racer who had to work as a taxi for Rydell’s Rydes garage after it was robbed.

Rydell voiced by Dwayne Barnes is the owner of the Rydell’s Rydes garage. He’s a nice enough fellow who gives eager players some advice regarding racing. He also lets you use his garage to make improvements to your vehicle. Although he and Yaz have some bad blood between them after the latter rolls in with some bad crowd.

Yaz is voiced by Ashleigh Lathrop and is the very first person you meet in the game. You literally start the game with her riding shotgun as you race through the Lakeshore City streets. She’s a talented car wiz who can fix up broken old cars into brand new street racing vehicles, but her involvement with a bad crowd unfortunately gets Rydell’s Rydes garage robbed.

Tess, voiced by Jennifer Sun Bell, is the first customer we see after the 2 year time skip at the beginning of the game. She’s the one who leads the protagonist to the underground street race where they meet Yaz along with their old car.