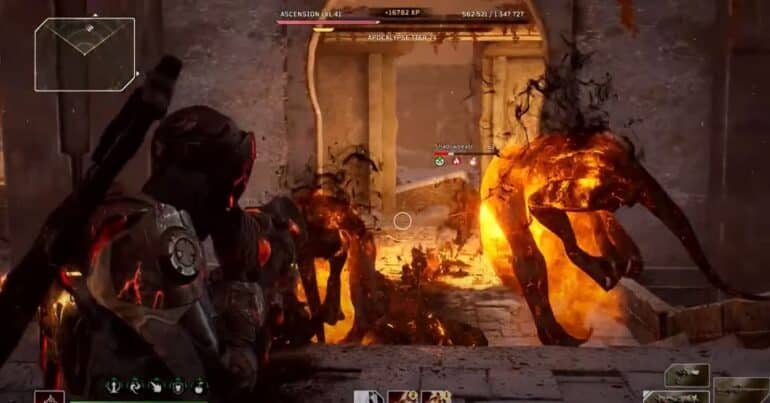 The Shadow Beasts in Worldslayer have several skills that turn them into a nightmare to deal with. Here are all the information about their skills and weaknesses:

The Shadow Beasts only appear in the Tarya Gratar. And they always attack in a horde making them difficult to fight. However they do go down easily after a couple of rounds. It wouldn’t hurt to have a mod such as the Essence Extractor to restore lost health should you take damage.

Watch out for their silence ability. You’ll know they’re using this when you see a red area of attack aimed your way. Dodge out of charge immediately because if you’re it, you won’t be able to use any of your abilities.

For now, the Shadow Beasts are confined to the Trial of Tarya Gratar. They’re not really faced with any other enemy. We can imagine how menacing they can be if they’re mixed up with other groups of foes. Being struck by their silenced attack, will be a death sentence on the worst of circumstances.

That’s all for the Outriders Worldslayer Shadow Beasts Skills & Weaknesses. We hope you found this article to be informative.

Check out this Youtube video from Sofa Supastar Gaming talking about the Shadow Beasts from Outriders Worldslayer.