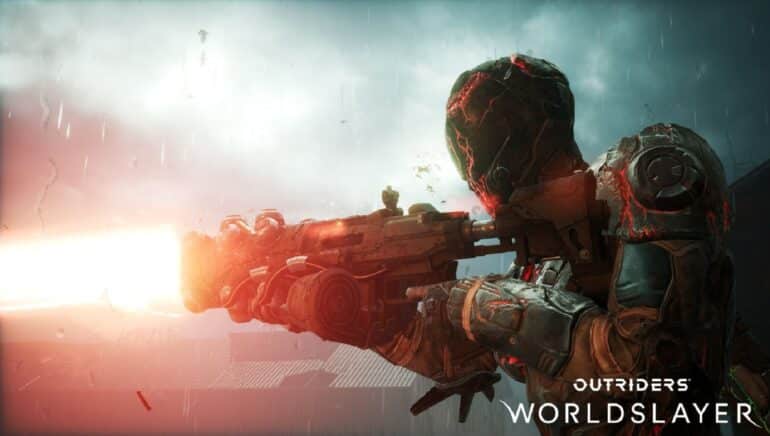 Outriders Worldslayer has added new armor sets for all classes, each with distinct mods that can transform your gameplay. Aside from new gears, Worldslayer adds a substantial new campaign that is completely independent of the one found in the original game. As such, here’s a breakdown on all the New Legendary Armor Sets in Outriders Worldslayer.

Having three pieces of the Flame Leper Armor set for Technomancers offers the following bonus:

This is an excellent debuff to inflict on enemies, especially Elites, as it will substantially increase the damage it deals over time.  In particular when it is stacked with bonuses from the Pestilence tree and other mods that have an effect on the Toxic status.

The following is a list of all the MODS included with the Flame Leper armor set:

Veil of the Flame Leper

Robes of the Flame Leper

Waistcloth of the Flame Leper

Gauntlets of the Flame Leper

Boots of the Flame Leper

Having three pieces of the Scorched Zealot Armor set for Pyromancers offers the following bonus:

The Pyromancer’s set bonus provides a ranged melee projectile with a lot of power.  Additionally, it will inflict Ash on all opponents within its area of effect, further damaging them. Make sure to utilize Feed the Flames to crank up the damage in order to get the most out of it.

The following is a list of all the MODS included with the Scorched Zealot armor set:

Having three pieces of the Concussioner Armor set for Devastators offers the following bonus:

Using the Concussioner’s set is a real treat since the mods that add the new Golem Clone can do a lot of damage. The set benefit allows you to accumulate Melee energy as you take damage, then unleash it all on a group of foes surrounding you, which scales with your Armor.

The following is a list of all the MODS included with the Concussioner armor set:

Having three pieces of the Shieldbeast Armor set for Tricksters offers the following bonus:

Being able to have every percent of your Shield go to your overall Anomaly Power is a major boon, and it will substantially increase to the Trickster’s damage output.

The following is a list of all the MODS included with the Shieldbeast armor set: