What Is Regular Show Fortnite?

Are we going to see Mordecai and Rigby in Fortnite? 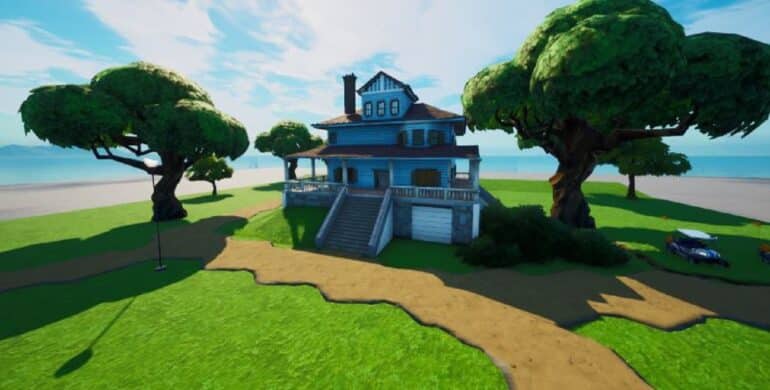 Players are asking about the Regular Show Fortnite meme that’s been circulating around the internet. We’re here to clear the air to what’s really happening between the two. Is there a collaboration between Regular Show and Fortnite?

Regular Show has not been confirmed to be collaborating with Fortnite. This popular show from Cartoon Network will most likely not be appearing on the game any time soon.

It would be difficult to imagine either Rigby or Mordecai fitting in the Fortnite universe. Mordecai could probably fit in with a few tweaks, but Rigby would have a massive advantage over other skins as he would have a very small hitbox. They would probably have to make Rigby like Morty, having an exoskeleton to fit in shoulder height with everyone else.

Like the Fortnite Rick and Morty crossover, Regular Show Fortnite might stand out as the 2D cartoons being remade in 3D image always look uncanny.

If Epic Games and Cartoon Network does make a collaboration, there are many animated shows that the latter could provide the former other than just Regular Show. Epic Games might ask for the more popular Ben 10 in collaboration with Fortnite.

Where Did Regular Show Fortnite Come From?

Players most likely started asking about a Regular Show Fortnite collaboration after the Youtube channel João Filipe Santiago made a short fan video featuring Mordecai and Rigby dancing in Fortnite.

It would certainly be interesting to see a Regular Show Fortnite collaboration. There are plenty of Cartoon Network shows with good potential to sell well for Epic so we might be seeing it soon depending on money changing hands in the background.

Right now, we can’t quite say that Regular Show is coming to Fortnite or if ever. We’ll have to wait for further announcements from Epic Games.

Don’t go just yet, because we have more Fortnite articles you may be interested in.

As for the Youtube video we mentioned above, check it out. Do you think Mordecai and Rigby would be a good fit in the Fortnite universe?