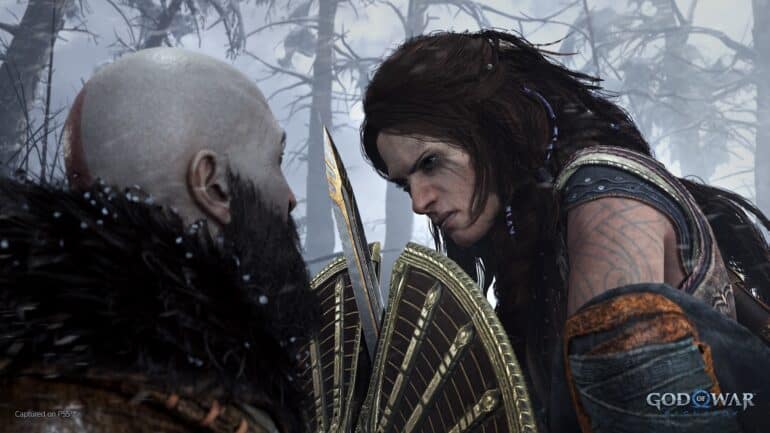 These are our top picks for November game releases 2022. This list is all about the games that have caught our attention and are the ones we are closely looking into as their release date closes in. We are in for one really good month for high-profile action games.

It’s a time to be grateful for all the great quality games coming out real soon. Let’s celebrate the pre-holiday season with our list of top November game releases 2022.

Plot of the Druid

Plot of the Druid is a game born from a love of old-school point-and-click games, particularly those made by Lucas Arts back in the 90s. Play as a disgraced druid-in-training as he tries to make it in the world as a druid for hire. If that’s not enough, the game is full of dry British humor and hand-drawn cartoon art.

Advertised as the most comprehensive, realistic, and demanding rally sim ever developed, WRC Generations enters a new era as it shifts to the hybrid era of cars. This simple change significantly affects performance, altering years of strategy, and forces both team and driver to adapt on the fly.

The crown jewel of the tactical role-playing genre is back in the form of Tactics Ogre Reborn. This newly remastered game is based on the 2010 release and it features improved graphics and sounds. The war for the isles is heating up and you haven’t seen this before in never before seen detail.

The Knight Witch is a hybrid Metroidvania, shoot ’em-up game with deck-building mechanics. Players take control of Rayne, a knight witch who must choose whether not she is more knight or more Witch. Choice is a core aspect of the game and your choice will have consequences in your quest to save her home from a War Golem invasion.

Created by the South Korean studio, IGGYMOB, Gungrave GORE is all about old-school action based on the Japanese classic title. Live out your dreams as the stylish anti-hero, Brandon Heat, as he destroys waves of enemies using his transformable EVO-coffin. Travel across a dark and twisted futuristic South-East Asia and experience a story of vengeance, love, and loyalty. A lot of the game releases for November are action-packed, so expect more to come on this list.

The game so epic that it skipped over the second game, Goat Simulator 3 is a third-person sandbox adventure game where you play as a… goat. Look, if you’ve played the original Goat Simulator then you know what you’re in for. Nover game releases 2022 have been an epic list so far but there’s always room for fun and crazy games. And now with multiplayer incorporated from the get-go.

The Dark Pictures Anthology The Devil in Me

The Dark Pictures Anthology The Devil in Me is the latest title in the Dark Pictures Anthology series. This title appears to play more on psychological horror as a group of documentary filmmakers gets invited to a replica of a serial killer’s ‘Murder Castle’. If any of the other games are something to go by, the story usually warps into something completely different by the end. Let’s hope it’s a really good one this one around.

RPG and life and simulation. These are 2 genres I’ve never considered before when it comes to Square Enix. But here we are. Announced earlier this year, Harvestella combines both the classic action RPGs Square Enix has been doing lately with farming mechanics. We know games can make this genre work in the past, just look at the My Time at Portia and Sandrock. Solid games these ones are. Out of all the November games 2022 that will release, this one is especially intriguing.

A tale as old as SEGA itself, Sonic Frontiers sees our favorite chili dog munching blue hedgehog in a brand new high-speed adventure as he searches for the Chaos emeralds. With a sense of freedom in a literal open world of possibilities, players will have to navigate the whole island, solving puzzles and battling some baddies along the way.

From the same developers that brought us Warhammer Vermintide 1 and 2, Warhammer 40000 Darktide continues the trend of L4D style survival but with a touch of the dark far future where there is nothing but war. But worry not. For the Emperor protects and as long as you and your team are around, the forces of Chaos will not do harm to the Imperium. For the time being.

What’s with the wild west and dark demonic forces? Seems like a reoccurring problem that has a hard time staying dead. In Evil West, players take control of Jesse Rentier, an agent of the Rentier institute and the son of its leader. The burden of leadership weighs heavily on Jesse and it’s up to him and his band of hunters to right some wrongs and return the natural order to the way it was before the undead took over.

There are no shortage of potentially great action games in our November game releases 2022 list, but we are looking forward to this one the most. At least for an action game.

We saved the best for last. Our pick for November game releases 2022 is without a doubt the upcoming blockbuster hit, God of War Ragnarok. This is a direct sequel to the 2018 game that revitalized the titular God of War to a new generation of consoles and a brand new audience. The focus now is on the impending disaster Ragnarok and now both father and son must find a way to survive it. No matter what the cost.

For our secret number 13, we have Steelrising’s upcoming DLC Cagliostro’s Secrets. It is set to release this November 10, 2022.

And that’s it for our list of top November game releases 2022. Check back with us for more news of surprise releases as the month progresses.

Also, check out this video from Youtuber MOB-X Game where he talks about his list of 18 best upcoming November game releases 2022 for PC and console.