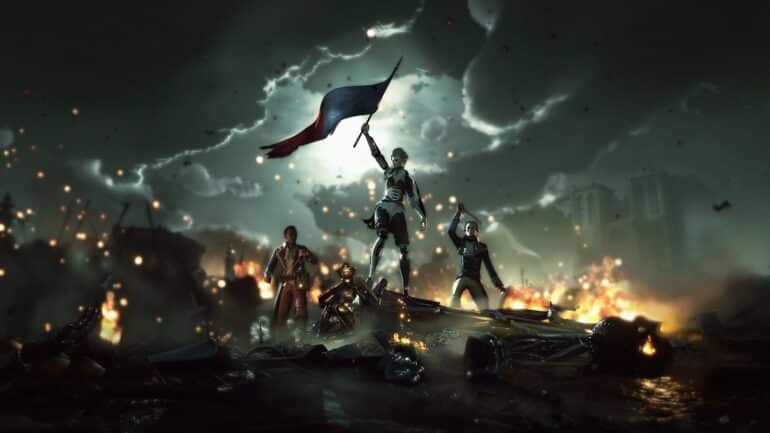 It’s that time again and here is our list of most anticipated September game releases 2022. But before we get to that, let’s talk about delay season. Unfortunate as it is, we are still in the middle of Delay Season. A lot of games are getting pushed back to November and next year, and nowadays the announcements just keep coming. And while delays aren’t inherently a bad thing, having things pushed back is never a good sign. Especially when puts problems like scheduling and other issues into the spotlight.

We all wish the very best for those games coming out on their new release dates. But without further ado, here’s our list of top September game releases 2022.

We’re starting this list off with one of the most interesting upcoming games that’s flying under most people’s radars: Circus Electrique. In this game, a phenomenon called the “Maddening” has taken over London, making ordinary extremely violent. It’s up to a group of circus performers to get to the bottom of this mystery. We’ll be keeping a close eye on this Darkest Dungeon-inspired game when it releases in the first week of September.

There aren’t many rhythm-based First Person Shooter games on the market and that makes Metal Hellsinger’s release next month all the more special. The game not only has some great headbangers, but it also features musicians and vocalists from bands like System of a Down. You get more heavy metal than that in a video game!

Made in Abyss Binary Star Falling into Darkness

Are you ready to discover what lies in the depths of the abyss? (Watching the anime doesn’t count.) Made in Abyss Binary Star Falling into Darkness is an entirely self-contained story written by the same people who wrote the original work. If that’s not enough, you can write your own tale of adventure as you are an explorer in the game’s own interpretation of “Survival Mode“. Let’s just assume you made it out to tell your stories.

The Valkyrie Profile games were a really big deal back in the day. We’re hoping that this new Valkyrie Elysium finds the same level of success as the original games. Expect all the things that made the previous games so good in the first place. We’re talking about spirits fighting in your honor, your Einherjar, and the in-fighting Norse gods often fight themselves in. They’re just as insufferable as the Greek gods. (A little dig at GoW there.)

We were really conflicted about where to place Disney Dreamlight Valley on our September game releases 2022 list. On the one hand, we get an experience where we live alongside our favorite childhood idols growing. And on the other, the game is free-to-play and has all the time-locked activities that come with it. Regardless, it’s still very much worth checking out.

I’m sure many of you have already the comparisons between the old The Last of Us and this faithful remake. The Last of Us Part 1 adds a new level of polish to the much-beloved tale of Joel and Ellie. For other details, you’ll just have to wait for the game to come out in the first week of September. Oh, and don’t mind the low placement on this list. Compared to other September game releases 2022, it’s definitely one of the most anticipated games for the month.

Square Enix has been very busy lately. Between this, Valkyrie Elysium, Harvestella, it really looks like Square is really serious about supporting Japanese-centric games. But enough about that. The Diofield Chronicle is a new take on tactics games in the same vein as Fire Emblem games. Whether or not the game is going to be as good as a Fire Emblem game remains to be seen. The strategy part looks good, so there’s that.

The Legend of Heroes Trails from Zero

The Legend of Heroes Trails from Zero is a port of a previously Japan-exclusive PSP game. But needless to say, the reason why this game is getting a re-release on modern consoles has more to do with the game being one of the best Legend of Heroes experiences to date. A sentiment shared by many in the community in and outside of Japan.

Soulstice is a hack-and-slash ARPG that takes much inspiration from Devil May Cry. The twist here is that to fully experience the game, you’ll need to be controlling both sisters, Briar and Lute, at the same time. Briar is more than capable of taking down demonic foes but she requires Lute to be able to see and physically hurt many of the demons that try to sneak through unnoticed. We can’t wait how everything comes together when the game releases.

There is something very charming about Potion Permit. The game is all about helping an isolated village get back to its feet after an incident involving the town’s previous resident chemist. As a newly dispatched chemist to the region, it’s your job to win the hearts and minds of the villagers and do everything you can to cure what’s ails them. Whether they are aware of it or not.

Finally. After spending months in Early Access, Microsoft studio’s Grounded is getting a full release at the end of September. For those who don’t know, it’s essentially “Honey I shrunk the Kids” but instead of a group of youngsters looking to get the attention of the grown-ups. These kids decided to base build their way to conquering the backyard before venturing out and fixing the darn machine themselves. It’s a survival game seen from a whole new perspective.

And finally our most anticipated game of the month. Steelrising is an alternate telling of the events of the French Revolution. Instead of the common folk rising up and removing the royals from power, the crown releases a robot army to quell the rebellion. Let’s just say that the rampaging robots were a little too effective, leaving the Queen’s very own robot lady-in-wait or bodyguard or both to save France from the tyranny of the robots. Oh, and the action’s as Dark Souls as it’s going to get. Can’t ask for more than that in an ARPG.

And that’s it for our list of top September game releases 2022. Check back with us for more news of surprise releases as the month progresses. The -ber months are just getting started and there are plenty more high-profile releases to look forward to before 2023 arrives. But be prepared if any upcoming games get delayed to next year.

Also, check out this video from Youtuber MOB-X Game where he talks about his list of 18 best upcoming September game releases 2022 for PC and console.