Valkyrie Elysium All Weapons: How To Unlock & Where To Get Them

All the magical weapons you can get in Valkyrie Elysium 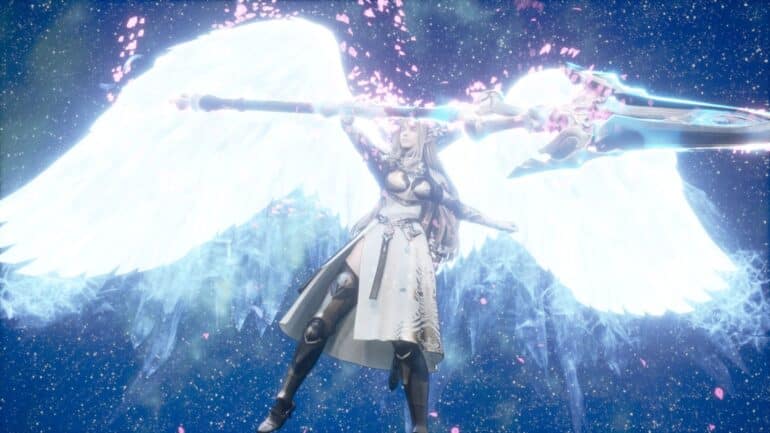 Valkryie Elysium, the newest installment of the Valkryie series, has recently launched and fans are giving high praise on how well made it is. Eventually, as you complete quests throughout Midgard, you will amass an arsenal of weapons, each with its unique effects and new combos. This guide will list down all the weapons and where to get them, so read on.

In Valkyrie Elysium, players can equip up to two types of weapons of their choosing, and a total of 8 are found. Each of these weapons can be enhanced using gems to unlock new combo moves that will further strengthen Maria in her quest. The weapons found in the game including where to get them are the following:

Standard weapon in the game that you will receive in the beginning. This weapon is a great weapon to use as players can use knightly sword combos and more when upgraded.

A weapon similar to Alfodr but it is considered as its holy variant and can be used for knightly sword combos. This is a bonus weapon that can be obtained for purchasing the game and will be received after completing the tutorial.

A heavy spear weapon that is used greatly against giants and more. Though it does not have any magical properties, it works well against armored enemies and deals great damage at the cost of its attack speed. Getting this weapon is tricky for players will need to open the chest that will be after defeating the final boss of Chapter 3.

A fencing weapon used for precision attacks can be combined with magical properties to do waves of attacks out of nowhere. This weapon will be awarded to players who completed the Chapter 1 Purify the Soul main quest.

A great sword that offers an impressive range of attacks and is capable of unleashing devastating slash waves. To get this weapon, complete the subquest in Chapter 3 called “An Old Man’s Discerning Eye,” and a chest will appear.

One of the best weapons to get in the game and probably the most unique among them, this Double-Bladed Spear pierces easily enemy defenses and can be thrown like a lightning bolt. Defeat the Charybdis at the End of Chapter of 4 and players will be awarded this weapon.

A magical rod that can be used as a mace and is capable of magic attacks. Its magical bolts increase as the player’s magic offense stats increases as well. Unlocking this weapon will require players to complete the Midgardian Studies 2 subquest found between Chapters 6-7.

A weapon similar to Alfodr but it is considered as its dark variant and can be used for knightly sword combos. This is a bonus weapon that can be obtained by purchasing the Deluxe Edition and will be received after completing the tutorial.

Here are all the Weapon trophies and achievements you can unlock in Valkyrie Elysium:

Check out Missable Content‘s video guide for learning how to unlock all the endings in Valkyrie Elysium and what are the requirements needed to do so.