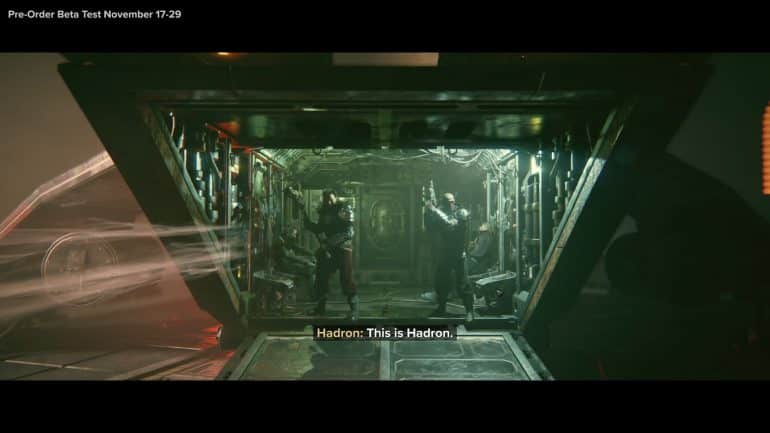 There are a lot of potentially devastating weapons in Warhammer 40000 Darktide that Operatives use to defend the empire from the advances of any and all enemies. Unfortunately, there is so many Weapon Attributes that it can get confusing. What’s worse is that these weapons may be wielded incorrectly. And the fault may not entirely be on the Operative that uses it.

In this guide, we will go over the attributes for both melee and ranged weapons in Warhammer 40000 Darktide. Unfortunately, there’s no real way of knowing what some of the stats actually do. Most of this information came from a developer live stream. We have also drawn some conclusions from our experiences from both Warhammer Vermintide games.

But before we go over weapon attributes, let’s go over what the weapon ratings mean on a weapon in Darktide.

A weapon’s rating is kind of simple to understand but is often misunderstood. There are some people who associate a weapon’s damage potential with its rating. That is not entirely correct. It’s actually the rating that dictates all the stats for a weapon.

Think of it this way. The rating is how many points can be allocated to a weapon. The more points there are, the more they can be allotted to each slot. This is important to note because there are some variations of the same weapon that have slightly different stats. And allocation is the reason for that.

Generally, you look for weapons that have the most points in Damage. However, that only applies to the overall damage in one target with fall-off damage to surrounding enemies. There are other stats that make it stand out. A good crowd-control weapon will have a significant amount of Cleave-related stats. While single damage hard-hitting weapons often benefit from the First Target stat.

Oftentimes, it is necessary to go around and test these stats for yourself and see which ones feel right for your playstyle.

Damage is the overall damage of a weapon. A modifier to the raw single target damage of the weapon.

Penetration is your weapon’s ability to punch through armored targets. This is often confused for a weapon’s Cleave stat. To put it simply, penetration applies to ONE target and its armor. Cleave applies to potential damage on multiple enemies. And yes, Cleave damage is reduced when hitting armor.

Mobility is the stat directly responsible for dodging related bonuses. The more mobility a melee weapon has, the more distance your Operative covers when they perform a dodge action. It also affects your sprint speed, speed while aiming down sights, and weapons spray when shooting from the hip.

Stamina increases the number of additional stamina bars you have to work with. Even with this stat removed, your Warhammer 40000 Darktide Operative will still have a base stamina for their character class.

Collateral is tied to your ability to Suppress targets. It’s mainly used for crowd control and forcing shooters into cover. It is one of a number of stats that are present on both melee and ranged weapons.

Cleave Targets is how many targets your melee weapon will pass through. The higher that bar is, the more enemies you’ll be able to damage in one full swing. This stat is most prominent on weapons that have horizontal slashing.

Finesses is a weak point damage multiplier. In most cases, that’s going to be the head or other enemy’s weak points. Take enemies like the Beast of Nurgle, for example, they have weak points on their backs.

First Target is the damage dealt to the Intended Target in a swing. This is the stat you want to take note of if you want to have a weapon that’s strong against Specials and Elites.

Defenses is the amount of stamina you burn every time you block a hit. The higher this stat is, the less stamina you’ll lose when you block an attack.

The next set of weapon attributes is exclusive to the Equinox Force Staff line Psykers use. This also somewhat applies to the Obscurus Force Sword line.

Charge Rate affects how fast your right-click ability charges up before unleashing it.

Quell Speed determines the additional rate your Peril of the Warp meter goes down.

Blast Radius is pretty much self-explanatory. It increases the blast radius of your channeled abilities.

Warp Resistance wasn’t really touched on during the dev stream but we can apply what we gathered from playtesting. And it would appear that this stat reduces the total amount of Peril generated when you channel a Psyker ability. The more you have on this stat, the less Peril builds up, and you cast 1 or 2 more spells before needing to vent.

Reload Speed increases the rate you reload your weapon. Reload animation is also affected by this stat.

Critical Bonus increases the amount of damage do you on critical hits.

Stopping Power increases the overall impact force of your weapon. The higher the stat, the easier it is to stagger enemies for longer. Weapons that have high Stopping Power can topple Maulers over.

Stability is the stat responsible for the recoil control of a ranged weapon as it fires a shot. This stat becomes very important when aiming down sights. Additionally, this stat deduces the amount of suppression that is applied to you when you are being shot at.

Range, from what we can, directly applies to damage fall out over distance. It’s hard to tell as most guns are capable of downing enemies at longer ranges. But it might be tied to how much ammo is required to take down enemies at long range.

Collateral is basically the penetration capability for ranged weapons.

Also, keep in mind these stripes on a weapon’s perk profile image. The more stripes a perk has on its profile, the higher the modifier it will have in comparison to perks without them.

Currently, 4 stripes is the highest an item can have. But that can change in the future as more content is added to the game.

Lastly, the item rating in the market or in the timed acquisitions is linked to the Max item level you’ve got across your best items. So even if you don’t plan to use that item, it would be greatly beneficial to have it in your inventory to sort of bump up your base item potential.

Like how Power Levels are determined in Destiny 2 and how you have your Regular Gear and Pinnacle Gear.

So if you’ve noticed your item rating stagnating it’s because you’ve not been buying the highest level possible within your stat range. Buying that item, even if you don’t plan on using it, is essential to increasing the rating of the weapons that will be there in the market when it refreshes.

These are our thoughts on the Pre-order Beta for Warhammer 40000 Darktide.

Check out this video from YouTuber Vidya Gains where he goes over weapon attributes and what they do in Warhammer 40000 Darktide.