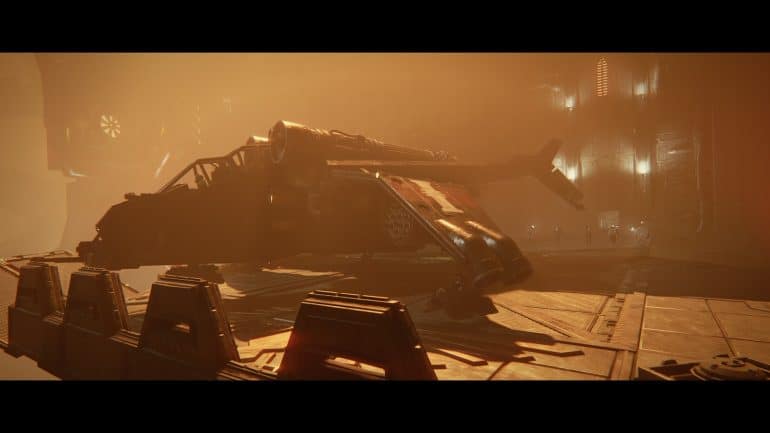 The Warhammer 40K Darktide mission types all have a twist to them, be holding the line against waves of enemies or gathering specimens for our lovely techpriest’s latest experiment, but there’s no denying that almost all the missions are a variation of the “go there and do something” design philosophy. It isn’t the worse thing about the game, but we’d sure like to do something else than run corridors all day, every day.

Each mission type influences the gameplay in a different way, these are called Primary objectives in Darktide. They are essentially a set of objectives that change the way a team goes about a level. It’s usually a different form of Point A to Point B with different steps in between. But there is hope in the form of an Investigation mission. At least there the objects that need to be scanned change and offer a unique reason to replay that mission type when previously the only thing that kept missions from getting stale was the constant adapting to ever-changing hordes and spawn probabilities.

We can also argue that players may soon grow tired of this as well. The secondary modifiers though keep the experience fresh through the clever use of thick fog or near-utter darkness.

Also, as of the writing of this article, the level layouts do not change, and objectives are as static as ever.

There are currently 7 mission types available in Darktide, with more in development for future expansions. They are:

Raid is a mission where you collect valuable materials for the Imperium and its war effort. Basically, it’s you and your team reaching the end of a level and ‘procuring’ special ammo from heretic forces. You’ll be opening lockers from different areas and taking 4 ammo crates back to a waiting Valkyrie. All the while, keeping enemy forces from overwhelming you.

Assassination is when you are taking down a high-priority target. In its current state, you are tasked to re-route a train to a station of your choosing and eliminate a Captain. This enemy has both a ranged attack in the form of either a shotgun or plasma pistol and a melee weapon that’s usually a power sword or hammer.

The Captain will always be reinforced by hordes of enemies and base Specialist enemies. In the higher difficulties, you can expect higher concentrations of reinforcements.

Espionage is when you are messing with enemy intelligence and feeding false information to the enemy. This mission involves the use of the Interrogator Tool and has a mini game part to it. The stages are broken up into two general segments – the setting up phase and the transmission phase.

In both phases, you will be instructed to keep enemies away from the servo-skulls as best you can. Should they remain close for too long, a data stream interruption will occur. You will then have to do this mini-game where you will line up a cursor with a highlighted letter. And you’ll do this while under pressure from enemy attacks. Take too much damage and you’ll be removed from the interface. Thankfully, your team is there to assist.

Investigation is when you use a Servo-skull to scan key locations for intel. This mission also makes use of the Auspex scanning tool.

In these missions, you are tasked to sync up with servo-skull, the team will then follow the skull to an area where the investigation takes place. In this area, you’ll need to pull out the Auspex and scan the area for viable samples. The tricky part is doing all this while waves of enemies keep attacking. When all the data has been gathered, you are to report back to the skull and deposit the data. Then it’s onto the next site.

In the early days of the beta, there were no prompts telling players about the Auspex tool. They had to cycle around and discover that by pressing “4” on the keyboard, they can bring up the tool. It was definitely a fun experience.

Repair is a mission where you have to repair a critical piece of infrastructure that’s keeping Tertium in the fight. Most missions require the team to go to the heart of an ailing facility and bring it back online. You’ll see this kind of mission in the megafab factories where Leman Russ tanks are being developed.

From our experience, getting to where the cooling system is the easy part. It’s that sudden difficulty spike at the end that usually ends the run early. Who knew teamwork played a huge part in moving around cooling canisters?

Disruption is when you are directly getting involved in the Heretic’s plans and throwing the proverbial wrench into the works. In missions like these, you’re usually stopping a plow involving an airborne attack of some sort and disposing of the product before it is unleashed on the Emperor-fearing population of Tertium.

And lastly, there’s Strike. It is your standard attack mission where you’re to reach the end of the level and hold your ground until reinforcements arrive. This is usually one of our favorite mission types as we are tasked to hold the line for an extended period of time without going through the hassle of doing other tasks beforehand.

As stated earlier, it is the secondary conditions that are what’s keeping things interesting in Darktide. There are missions where you’d swear you had never been in but it turns out it’s just your team going through the train station with the lights turned off. In the dark, that place might as well be a darkened cathedral.

Another memorable mission was the throne world and the secondary condition was heavy fog. That stuff was so thick, you can almost slice through it. And in the highest of graphic settings, it looked awesome. Plus, it made fights so much more intense.

All in all, it’s all good. The mission types may be of the same type but that just means that there is a chance for newer content to spice things up. Besides, it’s the encounters that do most of the heavy lifting and that’s enough to make us come back for more. What if we had a mission where we had to reclaim territory that’s neck-deep in Nurgle’s filth, and we had to thin the herd first before pressing forward? That would be interesting.

Also, check out the Launch trailer from developer Fatshark when it first launched.