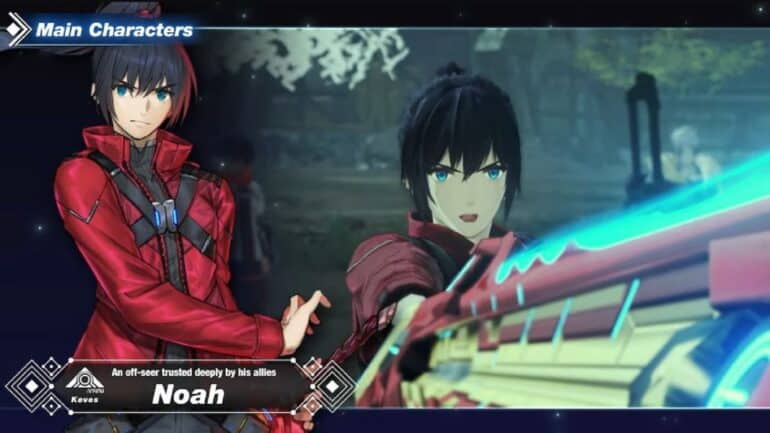 Noah is a playable character and the main protagonist in Xenoblade Chronicles 3, and he will be an indispensable member of your team throughout a considerable portion of your playthrough.

Combat arts, skills, and even character classes are only the beginning of the ways in which players can tailor their in-game characters. However, since there are so many to pick from and so many to unlock, it might be difficult to determine which categories are the best in Xenoblade Chronicles 3.

So, to help you get the most of Noah in Xenoblade Chronicles 3, we’ve prepared a quick guide to the best Arts and Class builds for him below.

Noah’s initial class in combat is Swordfighter, and his initial Role is that of an Attacker. These Attackers are excellent initiators thanks to their destructive damage. As you gain experience and level up, you’ll unlock new classes, giving you more freedom to create your ideal character build.

Each of these classes have potent skills that Noah can put to good use, but the decision of which to adopt should be influenced by the needs of your actual Party.

As Noah, you can do more damage with Edge Thrust since it lets you attack from behind, which is a prevalent tactic in battle. Sword Strike is also vital since it may be used to initiate the Break status, which is ideal for building combos.

Shadow Eye is particularly useful since an Attacker class needs to be able to reduce aggro in order to be effective in combat. Shadow Eye can be switched out for another Art, but always keep Edge Thrust and Sword Strike ready. These skills are best utilized in the early stages of a game.

With Empowered Combo, you can boost the damage of your arts that cancel attacks, while Steelcleaver is essentially a simple damage buff. You can’t have an effective attacker or character without it. Additionally, Steady Striker increases your character’s attack speed, which immediately improves your damage per second and also accelerates the cooldown of your auto-attack.

Given that Noah’s initial character class is Swordfighter, boosting his attack potential with accessories is highly suggested. Any item that boosts the power of Noah’s Auto Attack or boosts damage dealt to a certain enemy type is acceptable.

The initial Ouroboros Arts that Noah learns are among his most powerful. One of his skills will boost Critical Rate and damage with each critical hit, making it essential to use an Art with a high Critical rate, such as Unison Strike. And if you want to utilize Noah’s Ouroboros form in Chain Attacks often, you can swap Dragon Tail with Rolling Smash.

As for the best Soul Tree Upgrades you should prioritize early to mid game, unlocking any skills or talents that connect to your status in Noah’s Soul Tree is recommended. Since Satisfying Piercer and Omnipresent Blade have a synergy with Noah’s Ouroboros Arts, Union Strike, they should be prioritized. whereas the other two Arts are not given a high focus due to the restricted amount to which they can be upgraded.

With all that, you may find yourself wondering what kind of build you’re going to use next while you grind through the game. Then you should check out this option below, which incorporates post-game content:

Also check out this video by Burner Reborn Gaming on his Most OP Early Game Build for Noah in Xenoblade Chronicles 3: