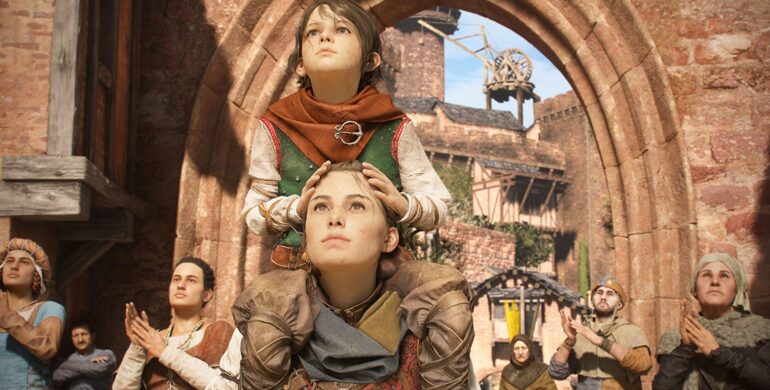 A Plague Tale Requiem is an action-adventure stealth video game developed by Asobo Studio and published by Focus Entertainment. It is currently released and fans are loving the story of how the game goes. It has so many points that players have praised including gaming critiques.

Among the elements that make this game good are the voice actors as they have given a whole new meaning to what we should feel about the game. In this guide, we will introduce players to A Plague Tale Requiem Voice Actors and Cast.

All A Plague Tale Requiem Voice Actors and Cast

Charlotte McBurney is the voice actress of Amicia who was present in the 1st A Plague Tale game and is now returning to reprise her role once more.

Like Charlotte McBruney, Logan Hannan will reprise his role as Hugo in A Plague Tale Requiem. Aside from her role as Hugo, he has also worked for the animated film, Earwig and the Witch, as he is the voice actress of Custard.

Playing as the voice actor for the former knight and the current leader of a group of mercenaries in the Hundred Years’ War, Arnaud, Harry Myers is best known for his roles in Horizon Zero Dawn as Resh and Sherlock Holmes: The Devil’s Daughter as Inspector Lestrade.

Anna Demetriou is a known English actress that took up several roles in movies and games such as The Marine 6: Close Quarters, Viking Destiny, Horizon Forbbiden West, and more. In A Plague Tale Requiem, she will play the voice of Sophia.

Since 1993, Alistair Petrie has done it all from acting to voice acting in movies and games such as Rush, Hellboy, and even, Rogue One: A Star Wars Story. He will take on the role of the Count Victor of Arles.

Ellie Heydon is known for Harlots, Divertimento, and The Colour of Spring. In A Plague Tale Requiem, she will be the voice of Countess Emilie.

From Director to Actor, Anthony Byrne has done it all, and fans of his work will be delighted to see him play as one of the casts of A Plague Tale Requiem.

Ruben Crow is known for Mutual Friends, Caught, and Austenland. In the gaming world, he is known for his roles in Divinity Original Sin II as Gareth, Crysis 2 as Commander Lockhart, and Elex as Ray.

Joplin Sibtain, sometimes credited professionally as Chook Sibtain, is a British actor known for the Netflix series Safe, his seasons at the National Theatre and as Tarak Ital on the Doctor Who special, “The Waters of Mars”. He even voiced Olin in Horizon Zero Dawn and was present in the cast of Lego Star Wars: The Skywalker Saga.

That’s it for our As Dusk Falls Voice Actors and Cast guide. If you want to know more about A Plague Tale Requiem, check out our other related articles below: