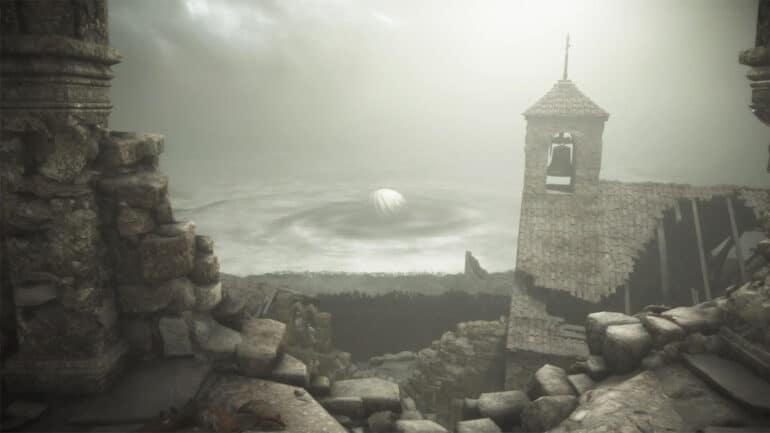 King Hugo is the sixteenth chapter in A Plague Tale: Requiem with Amicia, Lucas, and Sophia braving the rats to reach Hugo and save him. Entire Marseilles has already fallen and Hugo has started conquering the land under the full effects of the Macula.

In this guide, we will go through the walkthrough of chapter 16: King Hugo, of A Plague Tale Requiem, showing some tips, tricks, or solutions on how to complete the chapter.

A Plague Tale Requiem Chapter 16: King Hugo starts off with Amicia, Lucas, and Sophia arriving at the now ruined city of Marseille.

As you start, make your way through the streets until you arrive at the house with a workbench in it. There is a huge chest on the right for more materials. Though this is the final workbench and chest you’ll visit for the run, no necessary final upgrades will be needed from this point onward.

Once done, head back to the path and you’ll find the Carnation collectible. If you have collected all of the other flowers for Hugo’s Herbarium, you should get the Herbalist trophy at this point.

Head through the door to proceed. You’ll then see the epicenter of the nebula where Hugo is. Rats emanate from it in waves, causing the building that the three are standing on to collapse. After the fall, Sophia becomes incapacitated, so it’s up to Amicia and Lucas to reach the center.

While on top of the ledge, pay attention to the waves of rats coming your way. For the first part, Lucas will notice that two consecutive waves are followed by a gap long enough for them to cross to a safe spot. Time your jump just right after the second wave passes under you, then run towards the standing wall to the right. Wait for two waves again, then run to the wall to the left.

Wait for another opening, then go to the wall with a gate. Wait for the rats to bash through the gate and open it. Once it is open, time your movement during another opening and head to the next wall down, but keep running forward into the next one as the previous wall will collapse.

Immediately run to the next wall to the left at the soonest opportunity, then make your way to the fallen roof. Finally, go to the next wall and slip through the gap, but exit only after a wave passes through.

Run towards the bridge to initiate another cutscene. The two are getting closer to the condensed nebula. The two proceed to slide down, however Lucas goes missing.

The air around will start to turn yellow and Amicia seems to be in an open desert. Keep walking until you see a phoenix statue. Just like before, follow the statues by going towards the direction they are facing. Once you arrive at the larger phoenix statues, stop following them and walk straight towards any direction (except for the one where the statue is facing) until you trigger a cutscene.

You’ll then arrive at a brazier surrounded by mountainous skulls in hoods. Rats start pouring in and humanoid figures made out of rats will rise from the ground. You can hit the figures with ignifer or stun them with tar, but to proceed, you need to snuff the brazier with exstinguis and let Amicia be swarmed by the rats.

Afterwards, you’ll eventually meet Hugo again. Walk through the path forward, through the illusions of past memories of different people that you’ve met on your journey. Then, as you pass through the next door, Hugo will disappear, but Lucas will reappear.

Together with Lucas, you approach the center where Hugo has fully turned into the Macula. Hugo says his goodbyes to his sister as he wishes to be killed in order to save the world. As you arrive at the end, you will be faced with a tough decision.

To reach the ending, you can either choose to kill Hugo with your sling, or if you wait long enough, Amicia will break down and Lucas takes her crossbow and ends Hugo. Either actions will lead into a sudden cut to darkness followed by the game’s credits. There is no third option to save Hugo, sadly.

Here are the trophies that can be obtained in Chapter 16:

Check out this video in A Plague Tale: Requiem by Adam Ninja showing gameplay for Chapter 16: