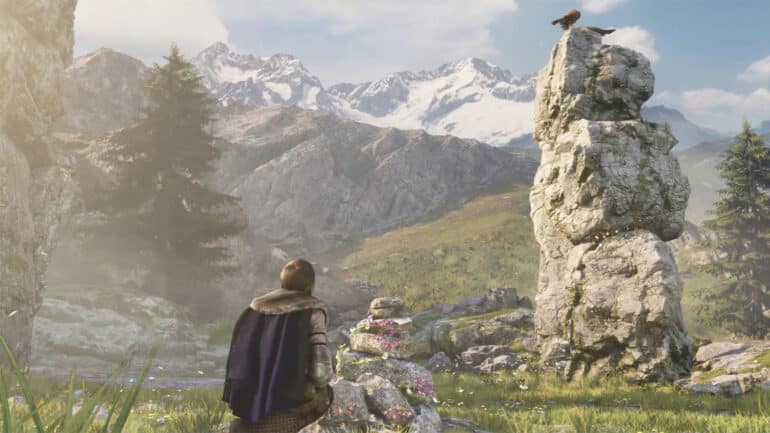 Legacy of De Rune Family is the seventeenth and final chapter in A Plague Tale: Requiem that serves as an epilogue to the entire story of the game following the events of Hugo’s death.

In this guide, we will go through the walkthrough of chapter 17: Legacy of De Rune Family, of A Plague Tale Requiem, showing some tips, tricks, or solutions on how to complete the chapter. We’ll also talk about the different dialogues that appear in the chapter depending on the choice made from the previous chapter.

The chapter starts with Amicia preparing to leave their house in the mountains a year after Hugo’s death. She is then fetched by Sophia as she leaves for another journey to look for the possible next carrier of the Macula and prevent the next plague from happening.

Get to the Horses

As the two walk through the trail, Sophia asks how Amicia has been doing, then she gets asked about Lucas. It is at this point that the dialogues will differ depending on the choice made in Chapter 16.

If Hugo dies by the hands of Amicia, then she will just tell Sophia that she has not seen Lucas and she thinks that he is studying hard to improve his alchemy.

If Hugo dies by the hands of Lucas, then she will tell Sophia that she hasn’t seen Lucas for a while and adds a remark that seeing him brings back bad memories from her brother’s death. This is considered as the secret ending of the game.

Other than those dialogues, no other parts in the story moving forward are affected by the different choices.

Once you reach the horses, Amicia tells Sophia to wait for her as she needs to visit some place first before leaving. Follow the straightforward path up the mountain to reach the summit.

In the middle of the field is where Hugo’s body and memorial has been placed. After saying goodbye to her brother, the credits will play once again.

After the credits, a short scene plays where the camera pans over what appears to be an infant’s arm with the rest of the body covered in blue cloth and off the camera’s frame. The shoulder appears to have the same dark veins that Hugo had, suggesting that this infant is the new carrier of the Macula and is a descendant of the de Runes.

Along with the scene, footsteps can be heard approaching the infant which sounded like how modern heels would sound on tiled floors. It’s followed by the sound of scribbling using a pencil on a clipboard, and then the screeching sound effect when the dark veins appear in the frame. Additionally, the faint sound of a medical ventilator can also be heard in the background.

These sounds suggest that this scene is happening in a special medical ward set in the modern day, but it is unclear if the carrier is in a regular hospital or is under the care of the modern day descendants of the Order.

Though according to a PlayStation Blog interview with the game’s director, Kevin Choteau, Requiem will be the end of the story for now. They are looking forward to the players’ reception and from there, they’ll decide on whether or not they will work on another Plague Tale game. If ever another sequel will come in the future, we can expect that the story may pick up from this post credits scene.

Here are the trophies that can be obtained in Chapter 17:

Check out this video by Happy showing the events in A Plague Tale: Requiem Chapter 17: