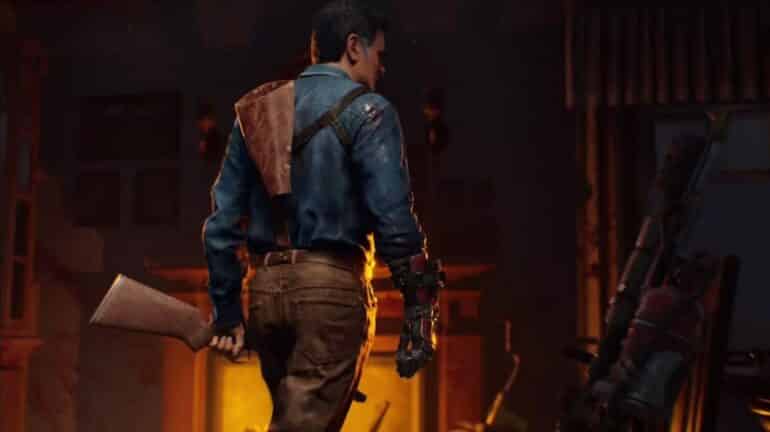 Evil Dead: The Game allows players will be able to choose from among a large set of characters. The adaption of Sam Raimi’s concept pits four players in Evil Dead The Game Survivors against one player who serves as the enemy in a game of survival. And it all appears to be remarkably accurate to the film trilogy as well as the television show that inspired it.

For Survivors and Demons alike, there are numerous playable characters to pick from, but finding the one that’s best for your particular style of play can be a challenge at first. Each of the Evil Dead: The Game Survivors in the game has been broken down in this guide, along with their perks and how they interact with one another.

Survivor classes in Evil Dead: The Game may be broken down into 4 distinct classes or categories:

How to unlock survivors in Evil Dead The Game

All of the characters in each class – whether they be Survivors or Demons – will have their own perks, as well as their own unique starting weapons.

For the survival of their team, leaders are in charge of maintaining positive collaboration and formulating strategic plans. Leaders can also support their allies by granting them certain buffs. Reducing or boosting incoming damage and fear are two examples.

Warriors have a lot greater health and can inflict more melee damage. These characters prefer to fight with weapons such as swords and chainsaws, and they have the abilities to back it up. Almost all of their abilities are activated only when they are in close combat with an enemy. So, if you want to hack and slash your way through demons, this is the class for you.

Unlike Warriors, Hunters prefer long-range warfare and weapons over anything even fairly close to melee. Hunters have more ranged weapon damage, can carry more ammo, and consume stamina more slowly than other characters.

They are exactly what they sound like; their major function is to support their team to stay alive. These characters generally begin the game with consumables to aid their allies, and they can assist in the production of extra shields, health, or reduce fear when needed.

That’s everything we know so far on all playable survivors, classes and abilities in Evil Dead: The Game. To stay up to date on the newest Tiny Tina’s Wonderlands news, guides, and features, you can check out our related Evil Dead: The Game articles here.

Also check out this very helpful video by Chris Brock Gaming on All Survivor Abilities Explained for Evil Dead: The Game: