Here's what you need to know to beat Eulalia the Prayee 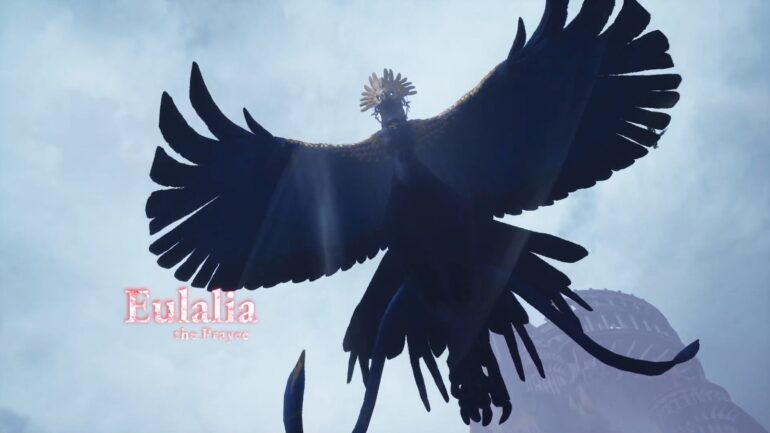 Eulalia is the third major boss in Asterigos The Curse of the Stars. She holds a very deep grudge against Marissa. So much so that she ordered the cultists to kidnap her for a twisted ritual.

Eulalia made her nest on the main stage of the amphitheater. She lost her mind after giving in to her primal impulses and attacks anyone who goes near her nest. Initially, our objective was to find and secure Marrisa as a favor for Minerva. But after saving Marrisa, we learn that Eulalia has something of great importance to the people in the Shelter. Hilda has no choice but to defeat the winged singer.

In this guide, we’ll tell you how to defeat the game’s third main boss, Eulalia the Prayee.

But before we go on any further, please be reminded that if you happen to find 5 Salve while walking to a space that may look like a doorway, you’re actually nearing the boss area. Pick them up as often as possible. They’ll keep reappearing every time you go back for another round. A vendor close by is another hint that you might be close to a boss encounter.

How to Beat Eulalia

All the weapons do well in this encounter. But you might want to bring

We start by entering the center of the amphitheater via an elevator. Eulalia will start the encounter flying well above the arena. She will then do a channeling screech attack at seemingly random points in the arena. When she does this attack, do not lock onto her. Look at the ground beneath you and make sure you’re not within the blast radius of the whirlwind. You will get hurt if you stand anywhere around it.

The next part of her attack involves shooting a volley of feathers at you. The closest thing I can compare it to is when an enemy throws a fan of daggers but in longer bursts. Your best bet is to stay behind the various props littered around the theater. You can also try to outrun it. You’ll probably end up losing a lot of stamina and you can’t even counterattack during this phase.

She will continue doing these attacks until she decides to divebomb the arena at high speeds. This will be your chance to do actual damage to her. Don’t hesitate to get close to her before the next phase starts.

Once on the ground, Eulalia will summon a number of mini tornadoes around her. If you are close enough, you can bypass the tornadoes to do damage her as she will be stunned for a few seconds after casting the spell. Do keep in mind that there’s a chance that the tornadoes will come toward you even if you are close to Eulalia. If that happens, back off and wait for another chance to strike.

After recovering from her stun, the bird boss lady will take an aggressive stance. (Similar to the one pictured above.) In this state, she will do one of these attacks:

All her setups involve some sort of dance move. She is graceful yet deadly that way. That’s your time to strike. Before any of the summons or the feathers come in. Use this opportunity to deal damage before her attack patterns change.

At around 50% health, Eulalia will take to the skies once more and repeat the same two attacks as she opened the round with. The only difference is that this time a host of Harpies will enter the arena.

When she lands on the ground again, her movements are going to be erratic. She’ll do pretty much the same move set before but with less poise. She will be more aggressive though so keep your guard up still. You can still die by trading blows with her even when close to death. And a rogue twister can definitely ruin your day. Just keep it until the bird lady boss is no more.

Defeating this particular boss unlocks The Last Bel Canto Trophy/Achievement. You will also get the Rose Brooch and the Lyre. Which is a quest item you can give to Marissa later.

And that’s how you defeat Eulalia. I hope this guide was helpful to you. Till next time.