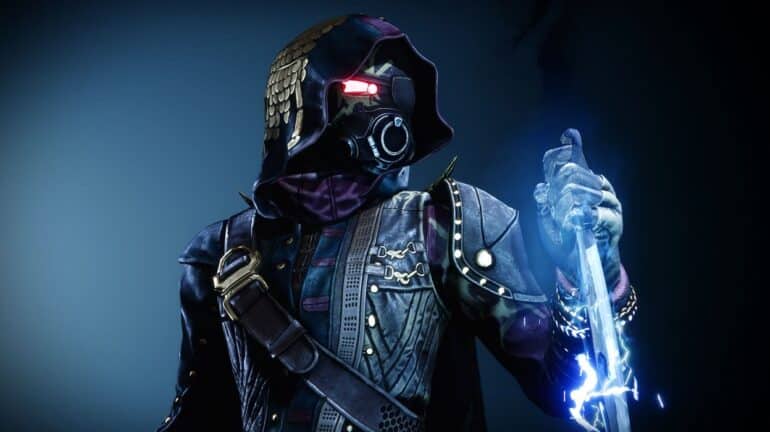 Looking for the best Destiny 2 Arc 3.0 Hunter build can be challenging considering the amount of choices you have in Season of Plunder. They’re still the same character archetype at their core but they’ve gotten a dangerous enhancements to their Arcstrider subclass this Season 18. Here’s the latest for the Arc 3.0 Hunter best build.

Here are the best build choices for Arc 3.0 Hunters in Destiny 2:

The Destiny 2 Arc 3.0 Hunter best build relies on lightning themed attacks to thrive. With this build, you’ll be taking full advantage of the Arcstrider subclass that lets you deal massive amount of Arc damage to your enemies. This build quickly allows you to thin down any herd of foes by chaining everyone together with lightning.

The Gathering Storm is a great Arc Super for destroying a crowd of enemies. This will stick your Arc Staff to pretty much anything turning that area around it into a punishing arena that will jolt enemies around it. After a period of time, your Arc Staff becomes overcharged with Arc and damages nearby foes with lightning.

You can pick to use the Arc Staff as your Arc Super if you want to be more melee focused. However it isn’t as versatile as Gathering Storm so we still recommend it.

We recommend the Gambler’s Dodge as your pick for this Destiny 2 Arc 3.0 Hunter best build. This will restore your melee upon dodging near closely to enemies. This is great for recovering our Arc melee abilities since it’s a reliable method for getting us amplified.

Choosing the Marksman’s Dodge is also a great pick if you’re preference is in keeping distance. Though Gambler’s Dodge has more utility and functions well with this build.

Using Combination Blow will help increase our damage as we continuously conduct melee attacks. This not only triggers your health regeneration, but it also buffs up your melee damage which stacks up to three times. When this is combined with Gambler’s Dodge, we can reliably use it more quickly to dispatch jolted enemies and recharge your class ability.

We recommend going with Flow State which helps increase your dodge’s utility. Your dodge will have more durability and recharge quicker allowing you to keep using Gambler’s Dodge to recharge your class melee ability. We recommend pairing this with Lethal Current which does additional Arc damage to targets along with rendering jolted targets blind.

The Skip Grenade is a must have pick for this Best Destiny 2 Arc 3.0 Hunter best build. This will seek out your targets and strike them. Combine this with the Spark of Shock fragment, and any target you hit will be jolted which gives you an additional advantage.

The Spark of Amplitude is also a great pick due to how quickly you’ll eliminate enemies with this build. Upon defeating enemies rapidly, Orbs of Power will spawn around which gives you a significant advantage and allows you to release powerful attacks.

That’s our Destiny 2 Arc 3.0 Hunter Best Build guide. We hope you found this article to be informative. Stay with us because we have more Destiny 2 Season of Plunder content.

Check out this Youtube video from Above showcasing his Destiny 2 Arc 3.0 Hunter best build.