How to Revive Teammates in Vampire The Masquerade Bloodhunt 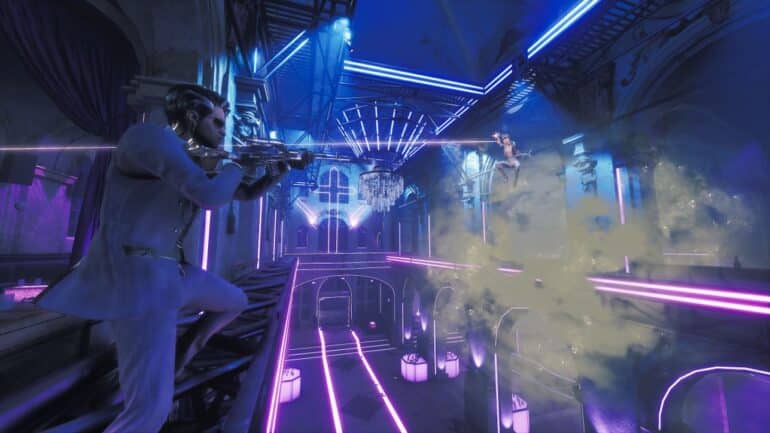 In Vampire: The Masquerade – Bloodhunt, a battle between the Vampire Clans takes place in Prague’s sprawling city. A battle royale-style game pits players against one another in a spooky, dark environment.

There is a lot of climbing and jumping up and down buildings in Bloodhunt, as well as the ability to revive allies. Here, we’ll show you how to revive teammates, which is critical in getting that sweet victory.

How to Revive Downed Teammates in Bloodhunt

Reviving a player in Bloodhunt Trios mode is possible with the help of other teammates. Whenever a player is downed, you enter a regeneration phase with a countdown. In order to be revived, you must make it through the countdown.

To revive a downed teammate, simply approach them and press the interactive button that will appear.

However, if you’ve lost one or both of your teammates, you’ll have respawn them and to go to one of a few designated respawn points on the map.

How to Respawn Dead Teammates in Bloodhunt

Respawn Points are white circular icons with a cross inside that appear on the minimap when you first spawn in Trios mode. They appear in the environment as a blue glowing transparent mass that floats above the surface. There are a lot of these scattered over the map, but each one can only be activated once.

The blue mass and the white cross icon on the map will disappear after using the respawn point.

Note: You can respawn multiple teammates in one respawn point.

It takes a moment for the respawn point to be processed, so make sure there are no enemies in the area. As soon as you complete the respawn point interaction, your teammate will reappear with full health and ready to battle again. They will, of course, lose all their loot when they die and will have to re-arm themselves, much as in other battle royale games.

The more you know heading into Vampire: The Masquerade: Bloodhunt, the better your chances on winning. So revive your teammates when given the opportunity, don’t be that guy!

Here’s a video by Colin R. on some helpful trick to revive dead teammates in Bloodhunt: