A guide on how to get the Grim Cat switch axe. 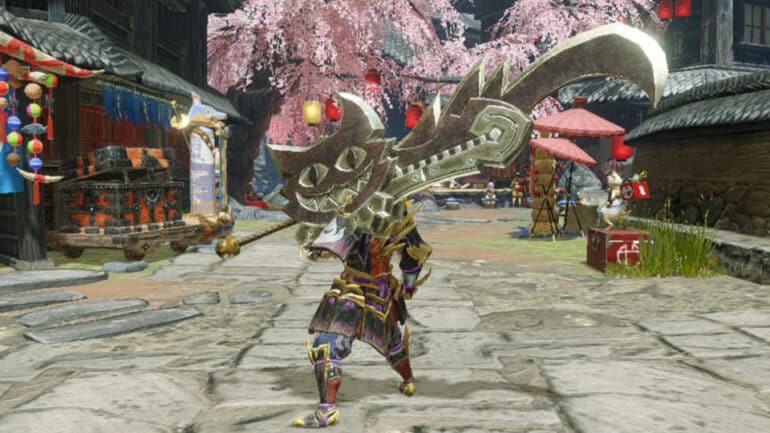 The Grim Cat Switch Axe is one of the specialty weapons that can be wielded in Monster Hunter Rise. This switch axe bears the face of a grinning cat, much like the Cheshire Cat from Alice in Wonderland. In this guide, we’re going to show why you should get one and how to forge one.

The Grim Cat is art of the Felyne tree and starts with the Grim Cat I and can be upgraded twice to get the Grimmige Katze. The base form sports 140 raw damage, 23 paralysis, 2 lv.1 slots, and green sharpness. The main materials to forge and upgrade this weapon comes from Volvidons.

How to forge the Grim Cat I

Since the Grim Cat I is the base form of its own tree, it has no pre-requisite weapons. The weapon requires:

How to forge and upgrade to Grim Cat II

The Grim Cat II is the direct upgrade of Grim Cat I. The upgrade requires:

How to forge and upgrade to the Grimmige Katze

The Grimmige Katze is the final upgrade of the switch axe Felyne tree. The upgrade requires:

If you liked this guide, check out our other Monster Hunter Rise articles:

Also, check out this video by Paradise Central on how to efficiently farm for Pawprint Stamps: