How to Dash, Swim, Jump, Glide, and Climb with Koraidon and Miraidon in Pokémon Scarlet and Violet 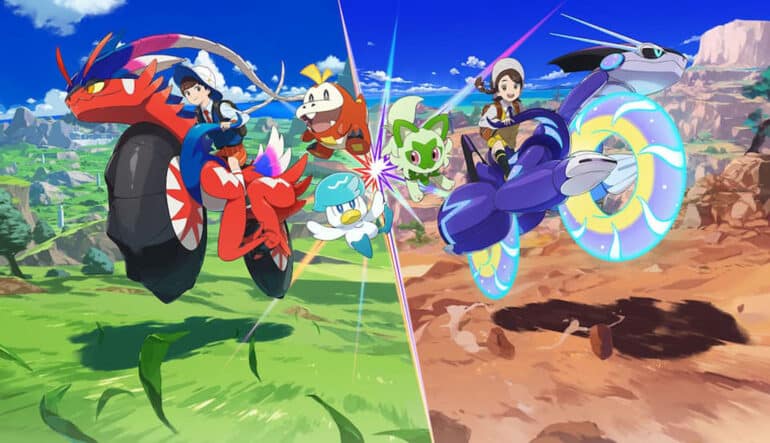 Koraidon and Miraidon are the newest legendary Pokémon and the mascots of Pokémon Scarlet and Violet, respectively. Depending on which version, players will get to meet one of these two pretty early in the game and become their companion throughout Paldea. They are sometimes referred to as “Bike-mon” as not only do they resemble motorcycles, they function as one for general transportation, too.

In this guide, we will talk about the many different ways on how Koraidon and Miraidon can travel the lands of Paldea, and talk about how to help them get their abilities back.

How to Dash, Swim, Jump, Glide, and Climb with Koraidon and Miraidon

The first time that you meet Koraidon and Miraidon, they will be in a low state, unable to fight, and have lost the ability to function properly when it comes to traversing the environment. Luckily, they regain the strength again just enough for you to be able to ride them.

In order to help them regain their abilities, you must follow the Path of Legends where you will have to face against the five titans of Paldea. Defeating each of them will allow you access to the Herba Mystica that gave them their unusual powers. Each Herba Mystica will give Koraidon and Miraidon their abilities back which will help you travel across the land in various ways.

Listed below are the different Herba Mystica and the specific ability that the two Pokémon can obtain from them, as well as the titan that has to be defeated for it.

To ride, press the + button on the controller and it will bring out your Koraidon/Miraidon who you will instantly ride. You can then control it with the left analog stick.

To dash, press on the left analog stick once. You’ll keep on dashing until you stop to slow down. Dashing towards a tree that have Pokémon in it will make the Pokémon fall down.

To swim, simply go to a body of water and move as usual. You can still swim faster by doing a sprint or do a jump to leap out of the water.

How to Jump High

To glide, jump off from a high place and press on the B button mid-air. Gliding can also be done coming down from a regular or high jump. You can stop gliding by pressing on the B button again, but it takes a while before you can re-engage back to gliding while mid-air. Not moving toward any direction will allow you to land slowly instead.

Gliding will allow you to reach a farther distance, at a rate of around 2 units of forward distance per 1 unit of distance going down for the angle of descent. However, this does not hold for long; after around 5 seconds of gliding, your angle of descent will become steeper, causing you to land on the ground faster than you go forward.

To climb, press and hold on the B button as you approach a cliff face or a wall. This will make you jump and cling on to the side. You can then continue climbing up using the left analog stick and you can also move side to side, or slide back down. You can also jump up from a wall by pressing the B button once again.