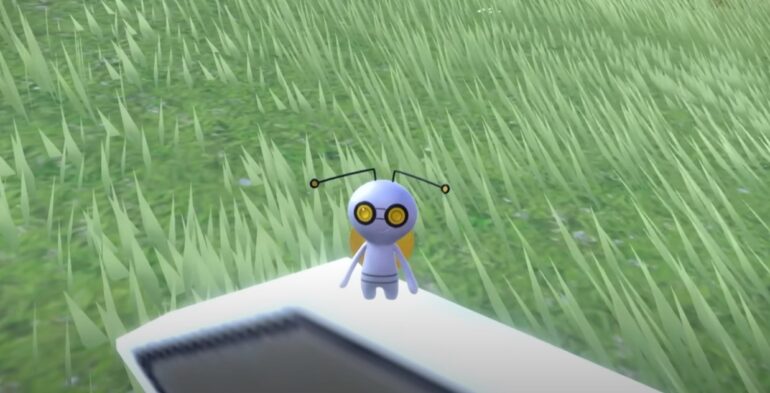 Pokemon Scarlet And Violet are just a few weeks away from their release for the Nintendo Switch and a new trailer reveals a new Pokémon that fans are surprised to see and many will be aiming to catch this unique Pokémon. Plus, new leaks were revealed on Twitter of new Pokémon evolutions and inside map details about the game

A new Pokémon known as Gimmighoul was revealed recently and this Ghost-type Pokémon is literally a treasure chest. This unique creature can hide inside sturdy treasure chests. While this provides them with a solid defense, the treasure chest’s weight causes Gimmighoul to move slowly, making travel difficult. When it senses a nearby living thing, it ambushes them and uses ghost energy to control its target, forcing them to give up its valuables.

Gimmighoul has a second form known as the Roaming form. This kind of Gimmighoul doesn’t hide in a treasure chest. It’s small, carries a single coin on its back, and can be found hiding all over Paldea. In this form, it is very hard to catch it as it quickly runs away whenever a trainer or a Pokémon comes to catch it.

In a Twitter post made by Centro Leaks, images surfaced of new evolutions and other Paldean Pokémons that will appear in the game once it’s out. Shown, in the pictures above are the following: