Is Tower of Fantasy Similar to Genshin Impact? 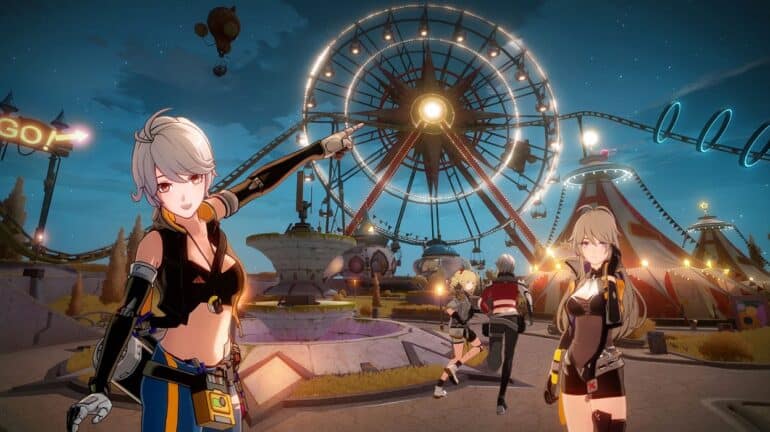 Players are asking for the Tower of Fantasy developers and if it’s made by the same group of people who made Genshin Impact. This isn’t the first time we ever saw the debut of an anime-esque open world gacha game. However this particular MMO has caught of the attention of many due to being very similar to another popular game.

Who made Tower of Fantasy?

Tower of Fantasy is made by developers Hotta Studio, a subsidiary of Perfect World. There isn’t much information about the developers online or any specific names working for the company. Even the official Tower of Fantasy website doesn’t shed much light on them.

Hotta Studio is notable for being a subsidiary of Perfect World. You may remember them from the MMORPG of the same name, Perfect World, that debuted in 2005. They also published Neverwinter Nights which was a sleeper hit. And more recently published Remnant: From the Ashes which has received critically acclaimed reviews online.

It seems that Tower of Fantasy is the first video game developed by the Hotta Studio team. They don’t seem to have any other video games made under their portfolio. Although it’s probable that some experience team members who worked for Perfect World have also lent their expertise into developing Tower of Fantasy.

Is Tower of Fantasy by miHoYo?

No, Tower of Fantasy is not developed by miHoYo. Due to how similar the two can be in both art style and game mechanics, it’s easy to come to the conclusion that the developers of Genshin Impact might have had a hand in this game. But miHoYo is not in anyway associated with Tower of Fantasy.

Tower of Fantasy did garner controversy before its global release. A trailer depicting assets from Honkai Impact, a game developed by miHoYo, was used for the game. This led to Hotta Studios receiving a lot of backlash from players online. They have issued a public apology shortly after the criticisms surfaced.

We hope that answered the question of who Tower of Fantasy was made by and how the game compares to Genshin Impact. At the time of this writing, the game is very new for its global release. The Tower of Fantasy Chinese version has released half a year earlier only exclusive to China servers. So we’re still subject to any changes or patches that may come along the game.

Stay with us for more Tower of Fantasy content!