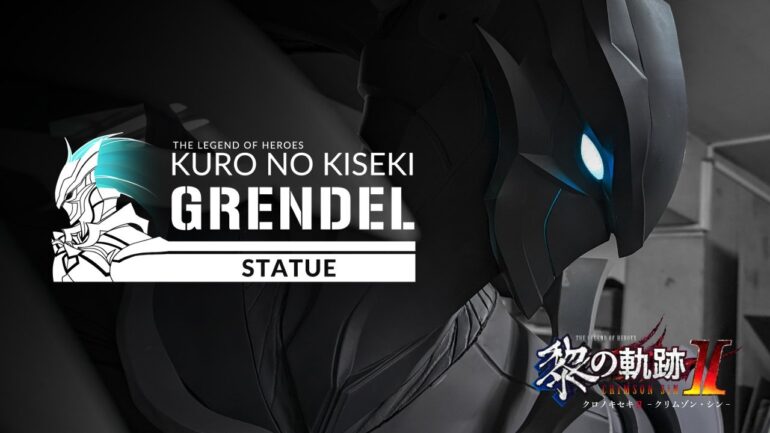 A few weeks ago, Nihon Falcom announced that Kuro No Kiseki 2 will be released soon in September 2022 for the PS4 and the PS5. With all the leaked images, details of the game, and freebies that will come with it, fans are going nuts over what else to expect from the series.

Recently, Nihon Falcom announced a special exhibit to commemorate the release of their new upcoming game. Fans can visit the exhibit on the 6th floor of Yodobashi Camera Multimedia Akiba on June 21, 2022. The exhibit will show various designs of Kuro No Kiseki II including a 2-meter statue of Van Arkyde’s fused form, Grendel.

The fairy-type support AI “Mare” has emerged in the real world, and the main character Van Ark Ride has been transformed by wearing shard armor all over her body. By turning into a Grendel with the power of “Mare”, Van’s physical ability is greatly raised and demonstrates a tremendous fighting power beyond human knowledge.

Kuro No Kiseki II Crimson Sin will be released on September 29, 2022, for the PS4 and the PS5. The game can be pre-ordered both digitally and physically with tons of freebies and more