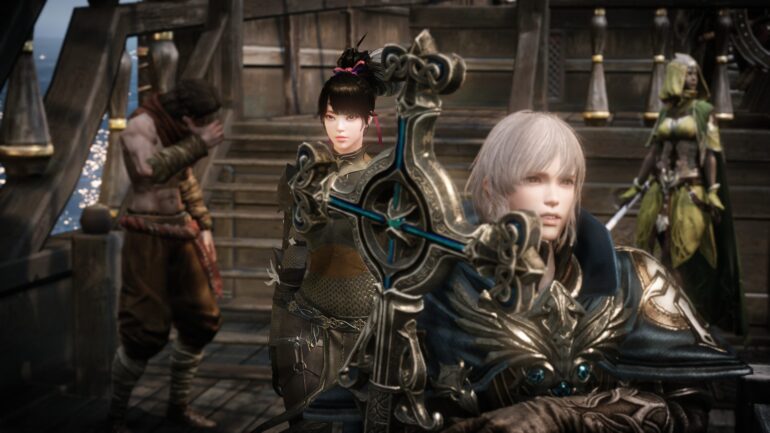 In Lost Ark, Guilds are a way for people to be in small communities within a game, and of course, being an MMORPG Lost Ark has not missed out on the guild system. In this guide, we will talk about how to join a guild or establish one yourself in the land of Arkesia.

How to Join a Guild in Lost Ark

You can join a guild pretty much right away. Simply go to the Community menu on the lower right corner, and select Guild (Alt + U). You can then look for a guild to join from the recommended list, or use the search option and search via the guild name or description. You can also filter out guilds that allow immediate joining, guilds that require a password, and guilds that have a registration level.

How to Create a Guild

Creating a guild in Lost Ark is available as soon as you reach Prideholme or the first town. You can then decide on the Guild’s name (up to 12 characters), and write a quick introduction about the guild. The cost of creating a guild is 2,000 silver, which is not a steep price since most of the early quests give out a lot of silver.

How to Change the Guild Flag

To change the Guild Flag in Lost Ark, As long as you are the guild master, you can change your guild flag any time without a cost.

From the Edit Flag menu, select on the base flag shape and color. Afterwards, decide on the marks that will appear on your flag, starting from mark #1 as the background mark, to mark #3 as the foreground mark. You will also see a bounding box that indicates the area that will show up as your Guild’s icon.

Once you’re satisfied with the flag, select Add Flag.

How to Change the Guild Name in Lost Ark

In case you decide to change the guild’s name for whatever reason, you will have to purchase a Guild Name Change Ticket that costs 2,900 Royal Crystals, which translates to roughly about $40 USD. So make sure that you decide on your guild’s name well.

How to Manage Guildmates

You can go to the Guildmates tab to see all of your guildmates. From here, you can see their given guild nickname, class, item level, online status, and memo. As a guild master, you can send invites to other players to join your guild, or kick other guildmates out of the guild.

Accepting and doing weekly tasks for a guild is how you can gain certain materials for your guildmates and guild XP for the development of the guild. There will be different kinds of quests available, from obtaining certain items like chests, or doing trade skills like fishing. These quests refresh every week, allowing you to try out different quests. You can also refresh the posted tasks for the week for 1,000 bloodstones.

Once a weekly quest has been accepted, it will be displayed to all guildmates. An accepted weekly task cannot be canceled or changed. Each weekly quest have weekly guild tasks and individual guild requests.

Weekly guild tasks have objective tiers based on points which will reward the guild with more resources and guild XP once met. These points are based on the different individual guild request that are accomplished for the weekly task.

Individual guild request are the specific requests within the entire task. Meeting these requests will reward the guild with weekly contribution and Sylmael Bloodstones, as well as weekly task points that will go towards the weekly guild task rewards.

Research allows you to do projects that will help improve the guild in Lost Ark. These projects will cost Sylmael Bloodstones and will take time to complete. There are several kinds of projects from increasing the quantity of purchasable items in the guild shop, to increasing the bloodstone distribution limit for the guild.

Sylmael Bloodstone is the main currency of a guild in Lost Ark. These can be gained from doing guild quests or by checking in to the guild daily. The bloodstones are mainly used for fees for any guild-related requests or changes. The bloodstones that are earned will go towards the guild’s coffers, which will then be distributed to its guild members, depending on how it is set.

As a guild master, you can set the amount of bloodstone distributed to your members by going to the Manage tab, then to the Bloodstone Distribution tab, and then clicking the Distribution Settings.

As the guild grows its level, more benefits can be enjoyed by everyone in the guild. Guilds can only reach up to level 25 at the moment, with more unlockable research projects planned to be implemented in the future.

Why Join a Guild in Lost Ark?

Not only will you have the chance to meet new friends that can help you with raids and quests, by joining a guild in Lost Ark, it will help you get more perks and bonuses that you cannot get as a guild-less player. In essence, you are getting more rewards and resources for your character aside from the ones that you get from your regular quests and side quests.

How to Leave a Guild in Lost Ark?

Leaving the guild might be the best option if things don’t work out. There are some people who prefer to hunt for Mokoko Seeds rather than deal with guild drama. Fortunately, leaving a guild in Lost Ark is as simple as joining one, just folllow the instructions below:

Or an alternative method can also be done:

Check this video by Legacy Gaming talking all about the ins and outs of Lost Ark’s guild system: