Malzeno – What We Know So Far | Monster Hunter Rise: Sunbreak

A look into Sunbreak's flagship monster Malzeno and what we may expect in the expansion. 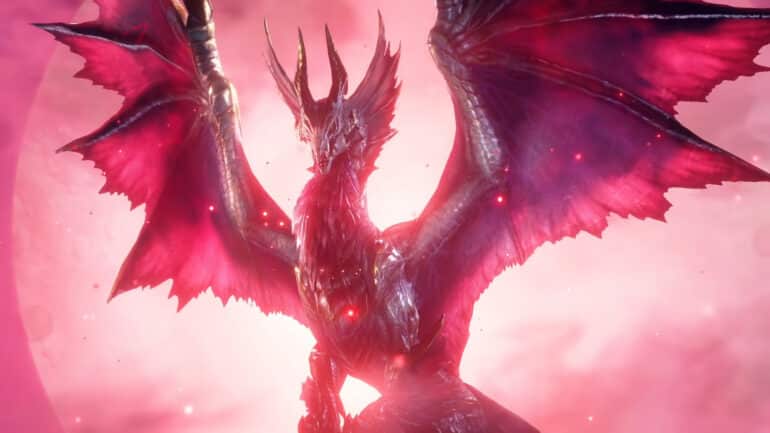 We got to get a short teaser of Malzeno, one of the new monsters that will be introduced in Monster Hunter Rise: Sunbreak, the upcoming DLC expansion to Rise. Whenever we see a new monster to fight, the hunter in us gets hyped, and Malzeno is no exception to that especially that it is a Elder Dragon.

Not much has been known about Malzeno outside of the teaser, but that won’t stop us form speculating what kind of elder dragon it is and what sort of challenges we’ll have to face when hunting it.

Malzeno is considered to be an elder dragon, a title given to monsters that possess immense strength and can cause ecological imbalance in the area they’re hunting in. In “real life” terms, it has the morphology of a “true dragon” with six limbs, four of which are front and hind legs while the other two are wings. Its general appearance resembles a sort of vampire-esque theme, taking inspiration from Bram Stoker’s Count Dracula.

It has shiny pale scales, almost similar to a Kushala Daora’s metallic plating. On its head are two gold horns, and running down the back of its neck are fin-like protrusions. Its snout and jaw almost look like bare bones.

On its chest is a patch of mane and its underbelly is protected by thick plates. Each element adding up to the image of how most gothic vampires are depicted in pop culture.

Its wings looks similar to a tattered red cape stretching down to its lower back, with wing webbing in between its digits, while on its “wing thumbs” are huge claws. In the teaser, it appears that some sort of energy is emanating from the body and radiating out through the wings.

At the base of its tail is another pair of dorsal fins, while on the tip are three tail spikes that sort of resemble a claw. Its legs have full sets of claws, with some feathers and side claws jutting out on its forearms.

From Malzeno’s mane, small red flecks of energy are coming out, more of it can also be seen as it flies off.

Malzeno Speculations: What Could It Be?

With only one teaser so far, we can only speculate so much on what Malzeno might be, but analyzing the the teaser closely, there are enough clues to draw out some good info not only with Malzeno, but also with what we could expect from the other monsters.

Is Malzeno really a vampire?

First off, the Count Dracula imagery is quite obvious, with the castle ruins setting, and how Malzeno’s general vibe is basically a gothic vampire. Another clue that solidifies Malzeno’s theme is when it was hunting a Rathalos.

During the part where Malzeno captured a Rathalos, some squelching and sucking sounds can be heard in the background. It appears that Malzeno’s main diet is just the blood of its victims, sucking them off bone dry. This also serves as a clue Malzeno’s red dust.

On the first part of the teaser, we see a Rathalos chasing a cloud of red flecks, similar to what Malzeno has. This is a weird behavior by a Rathalos since the cloud is not something that resembles its usual prey. Why?

Going back to its pop-culture reference, vampires are known to hypnotize their victims. Whatever this red dust Malzeno is spewing out may be its way to lure its potential victims while it stalks them. It may also be possible that these are some sort of insect that symbiotically live on Malzeno, similar to Fulgurbugs that live on Zinogres, explaining why they can move on their own.

Malzeno may be letting these bugs feed off its life energy, and in turn the bugs act as lures for Malzeno’s prey. The probable reason as to why these bugs can lure a Rathalos is because the life force that they have mimics a “living creature”, which then gets picked up by other predators as just another prey.

It’s also possible that this is just some visual effects to depict Malzeno’s dragon element, similar to but not as strong as the sparks of energy an angry Deviljho spews out. This may also explain as to why Malzeno was easily able to capture a Rathalos, as Rathaloses are weak to the dragon element.

Another monster was shown in a different Sunbreak teaser which helps us get more insight on what to expect with the rest of the Sunbreak monsters. Lunagaron is a fanged wyvern that has an ice element and is shown to depict a werewolf. More details about its morphology on our Lunagaron article.

Seeing that Monster Hunter Rise adopted the yokai (Japanese folklore monsters) theme with its monsters, we can connect the dots and speculate that Sunbreak’s monster theme will be adopting the monsters from Western and Gothic literature.

So we can hope to see a Frankenstein’s monster-inspired monster that’s an amalgamation of different monster body parts, almost similar to Nakarkos. Or perhaps monsters that look and act like gargoyles, or plant-like monsters that are inspired from triffids. We might even see a Loch Ness monster analog and possibly see a return of underwater combat (knock on wood).

So far, we can only wait for the next Monster Hunter Rise: Sunbreak teaser to come out, hopefully in the next coming weeks. Also, here’s to hoping that we’ll see some more new monsters and more returning ones in this expansion.

If you liked this article, check out our other Monster Hunter Rise articles:

Check out this video by Arekkz Gaming about another returning monster that we’ll see in Sunbreak: