Enjoying the seasons of giving in Overwatch 2 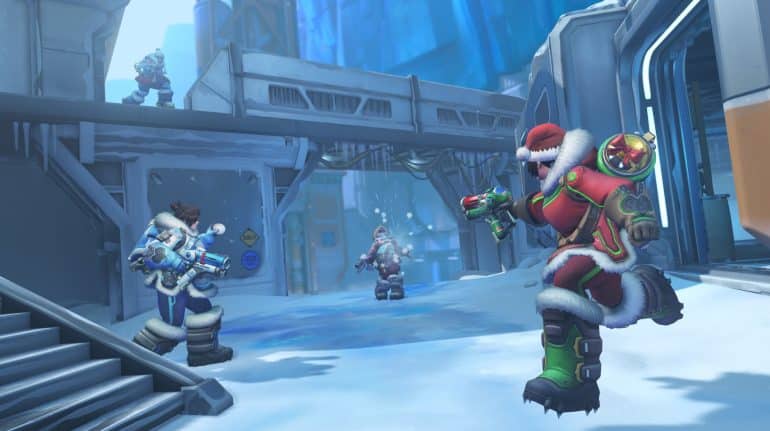 It is the season of giving and playing in the snow. As the month of December has finally come to the world of gaming, Overwatch 2 has just released its Winter Wonderland Event 2022. There is a ton of new stuff to explore for all casual and competitive players alike. In this guide, players will know more about this year’s winter event for everyone, so read on.

This event launched on December 13, 2022, and will run until January 4, 2023. Players can enjoy this year’s event with a chilling experience as winter-themed maps and limited arcade game modes such as Mei’s Snowball Offensive, Yeti Hunter, Snowball Deathmatch, and Freeze-Thaw Elimination. Completing these events will earn special winter-theme prizes that are perfect for the season. Plus, when a player will log in, they will receive loot such as the Festive Wreath weapon charm and the 2023 player icon.

Whenever a new event arises in Overwatch, there are bound to be new skins suited for the holidays. Below is the list of skins that players will enjoy getting for this year including how to unlock them:

The arcade modes in Overwatch 2 are optional events in that players can participate. In Winter Wonderland, there are many ice challenges that literally chill your spine out of the equation, and they are as follows:

The first playable mode during the event is Mei’s Snowball Offensive, where players must play the hero, Mei, and fire snowballs to knock out opponents in either a 6v6 Elimination or an 8-player Deathmatch.

The 2nd arcade event is the Mei’s Yeti Hunt, a 5v1 raid-boss battle. In this mode, a team of 5 Mei players must work together to defeat a rampaging Yeti (Winston) from stealing food from the local village. Using Mei’s freezing ability and setting up traps is the best way to defeat this unruly monster. Be careful, if he steals too much food, he will go into a mad frenzy and quickly wipe out your team instantly.

The last mode is Freezethaw Elimination where players must eliminate all opponents using any heroes available in the game. Once an opponent is K.O.’d, they will be frozen solid. To unfreeze them, interact with the frozen corpse and they will be revived quickly.

In every event in Overwatch 2, there are challenges that rewards players with a ton of rewards and Battle Pass XP to level up. If players complete these special side missions, they will be awarded Brigitte skin, the Ice Queen.

Below are all the challenges and tasks that players must meet for this year’s event.

Brigitte skin isn’t only the reward players can earn from this event. Players can get two holiday-themed, D.Va cosmetics with Twitch Drops. From December 25, 2022, until January 4, 2023, you can watch Overwatch 2 Twitch streamers with drops enabled to earn the Festive D.va Victory Pose and Sleighing D.va Legendary Skin.

To get these rewards, players must follow the following steps:

For those who have no way to earn these rewards on their Overwatch accounts, players must link their Twitch and Battle.net accounts by visiting the Battle.net Connections page:

That’s our complete Overwatch 2 Winter Wonderland 2022 event guide. We hope you found this article to be informative. Feel free to check out our other Overwatch 2 articles as well.

Also, watch BRO YOU WACK’s video showcasing all the Skins and Items for the Overwatch 2 Winter Wonderland Event 2022: