Sonic and Monster Hunter working together once more 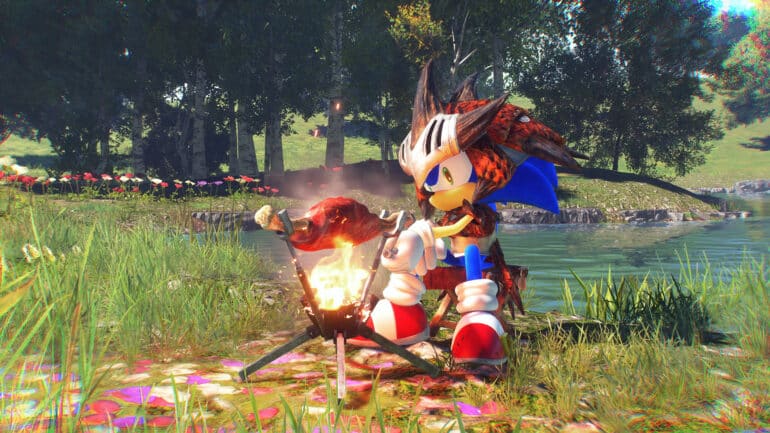 Sonic Frontiers is set to be released in one month and SEGA has announced an unexpected collaboration with one of CAPCOM’s popular games, Monster Hunter. The announcement was made recently on the Twitter site of Sonic The Hedgehog and fans will get a ton of unexpected treats from this.

According to the Twitter page, Sonic Frontier will a free DLC content to be distributed on November 14, 2022. The content of the DLC will have a set of costumes and mini-games that resemble cooking meat in Monster Hunter Rise.

For the costumes, there are two sets available to use. One is the Hunter set where we see Sonic full armored from head to toe made out of Rathalos skin and another is the Airou set.

Sonic Frontiers is set to be released on November 8, 2022. It will be released for the PlayStation 4, PlayStation 5, PC (via Steam & Epic Games), Xbox Series X|S, Xbox One, and Nintendo Switch.