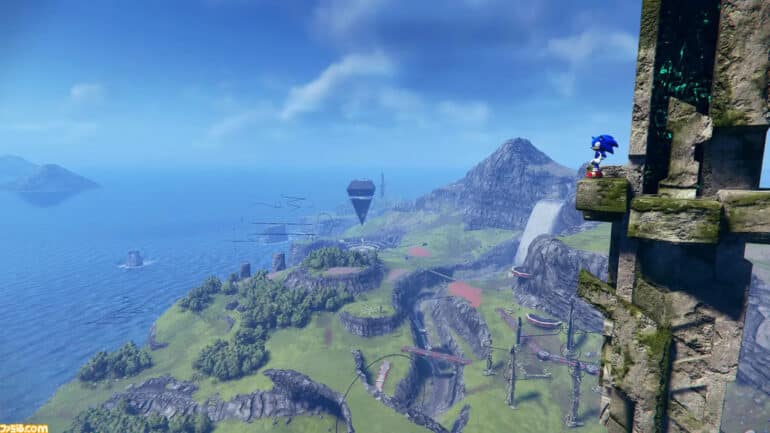 Sonic Frontiers is the newest game to be released by SEGA for the major consoles. But to many gamers since the release of the trailers, gameplay videos, and more, fans are being skeptical about what kind of Sonic game it is and what makes it different from its predecessor. Recently, SEGA revealed new details about what Sonic Frontiers will be once it’s released this coming November.

“Worlds are colliding in Sonic the Hedgehog’s newest high-speed adventure! In search of the missing Chaos emeralds, Sonic becomes stranded on an ancient island teeming with unusual creatures. Battle hordes of powerful enemies as you explore a breathtaking world of action, adventure, and mystery. Accelerate to new heights and experience the thrill of high-velocity, open-zone platforming freedom as you race across the five massive Starfall Islands. Jump into adventure, wield the power of the Ancients, and fight to stop these new mysterious foes.”

Sonic Frontiers is an open-world RPG game where players will take on the role of Sonic the Hedgehog as he will explore the Starfall Islands where there are ancient ruins, unfamiliar creatures, and race courses that will challenge the players’ minds and thinking ability on how to proceed.

Players will be challenged in fighting enemies that are stronger than Sonic’s previous enemies. Using methods of kicks, speeding skills, and more, this experience will be different from any other Sonic game.

Exploring the Starfall Islands will be a must in this game as new skills, returning characters, and unlocking riddles and puzzles will be found in different areas of the game. Not only that, new unexpected areas will teleport players to familiar and new territory in which Sonic players will race around the course and clear challenges to earn 100% credibility in the game.

Solving Puzzles and Riddles are gonna play a big factor in Sonic Frontiers. There will be a ton of them ranging from different degrees of difficulty that will challenge each player’s minds and constantly pressure them in time-consuming movement.

Sonic Frontiers is set to be released on November 8, 2022. It will be released for the PlayStation 4, PlayStation 5, PC (via Steam & Epic Games), Xbox Series X|S, Xbox One, and Nintendo Switch.