Defeating those mangy bandits is a must 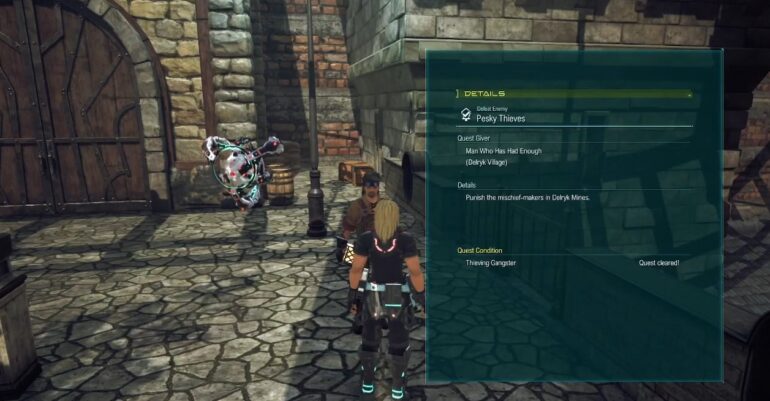 Pesky Thieves is a side quest in Star Ocean: The Divine Force that can be found in Delryk Village, in which players are required to defeat a certain amount of enemies. This guide will teach players how to start the quest and how to complete it as well, so read on.

To start this quest, players must head to Delryk Village and talk to a Man who Has Had Enough. He will complain to the players that there is a group of thieving gangsters harassing him in his job. The quest will begin after the conversation.

Head to the Delryk Mines after talking to the quest giver, then go inside and defeat a bunch of Thieving Bandits. Clear out the enemies as much as possible and defeat all 16 Bandits to clear the quest. Once they are defeated, head back to the Man who Has Had Enough and complete the quest.

Upon completion, players will receive the following rewards and will be useful in their future endeavors in Star Ocean The Divine Force:

Watch this video walkthrough by jimajamer to see how to complete Star Ocean: The Divine Force Pesky Thieves Side Quest.