Steelrising Guide: How to beat the Unstable Butcher

Steelrising Guide on How To Defeat the Unstable Butcher is here 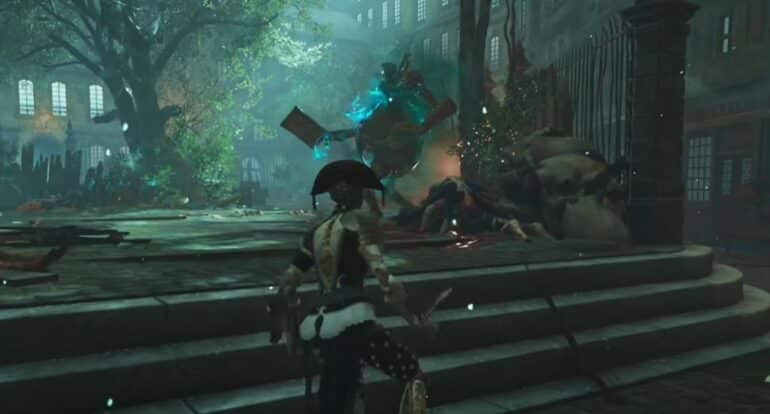 Unstable and crooked boss battles are something that takes the rise in dark-themed games. Games like Demon Souls and Bloodbourne have very dark horror themes that attract games alike. Among the games that use this dark theme is Steelrising.

Recently, it was revealed since its release there are a ton of battles that players will face in the game and each of these battles will test their minds on how to defeat such atrocity. In this guide, we will give players a chance to know how to defeat one of the mini-bosses known as the Unstable Butcher found in the game.

Who is The Unstable Butcher in Steelrising?

The Unstable Butcher can be found in the Place Dauphine at La Cite. Like the Unstable Lancer, he is a mini-boss that is lsize and carries a butcher knife and a circular saw. At times, he will charge straight to players its strength mostly relies on melee combat and not much on range attacks. When it reaches a state of near death, it will start to go buff itself and start charging around like a crazed lunatic.

How to Defeat The Unstable Butcher in Steelrising

Any weapon can be used against the Unstable Butcher. Normally, I would use chain weapons to distance myself from it since swings its knife at an alarming rate. When he swings his butcher knife, players should quickly dodge and attack it immediately.

The same goes for his circular saw. Use as well Freeze trait weapons so that it can be immobilized easily to the point that they can be targetted easily with heavy charge attacks.