Steelrising: How to Beat The Executioner

Steelrising Guide on How to Beat The Executioner is here 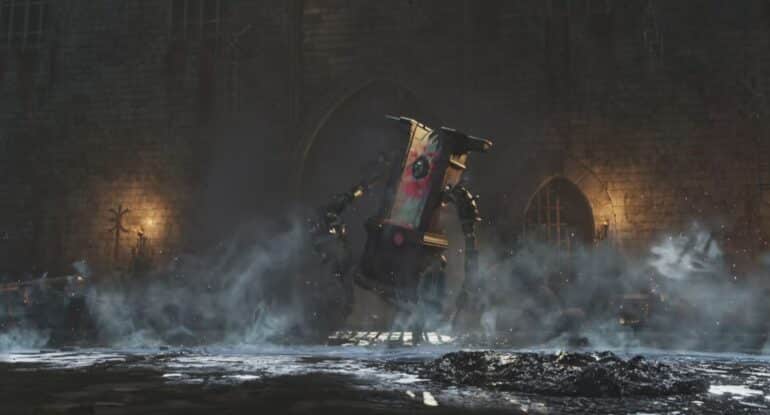 Slow and big bosses are really tough to face in games like Dark Souls and Sekiro. Usually, when they move slowly, they have hidden factors that make them strong and powerful. The case is the same in the newest RPG game, Steelrising.

In the game, there is a huge boss known as the Executioner that is very tough to beat. This monstrous titan is heavily armored and can perform a good amount of damage. Since this is one of the toughest bosses to beat in Steelrising, we of Sirus Gaming have created a guide on how to defeat this heavily armored boss.

Who is The Executioner in Steelrising?

The Executioner is one of the toughest bosses in Steelrising. Even though he is big and slow, he can perform powerful moves and easily grab opponents using a chain. It carries a flail despite its clanky structure.

Despite being slow and big in its nature, it has freeze attacks that immobilize players for short time, and it is really annoying to deal with. The boss will occasionally slice you with the flail, or sweep all around to push you away from it.

When it reaches its 2nd phase when its health is 50 percent or less, The Executioner will begin spraying a cloud of frozen mist to defend itself and will slide around charging to you. He will start as well speeding up a bit to the point it will try to reach you using jumping-charged attacks.

How to defeat The Executioner Steelrising

To defeat this titan, players must equip weapons using flame attributes or explosive grenades to easily damage the Executioner. Weapons such as the Volley Mallet or the Falchion & Sabre should be used since there will be times when the Executioner will attack, his weapon will get stuck on the ground.

When the titan spins his flail around, start dodging his attacks as it will try to approach you. Try heading towards its back and let the opportunity arise to strike quickly either using claws or steel fans.

Once it reaches its 2nd phase, switch to chain weapons to quickly avoid its cold field. If you’re smart enough, try using grenades easily as it is very effective to damage it to cover some distance from him. When he starts sliding, dodge carefully and once you follow these steps, defeating the Executioner will be no problem.

Check out this video walkthrough of Hawk to see how to defeat the Executioner in Steelrising.