Steelrising Guide: How to beat the Iron Queen 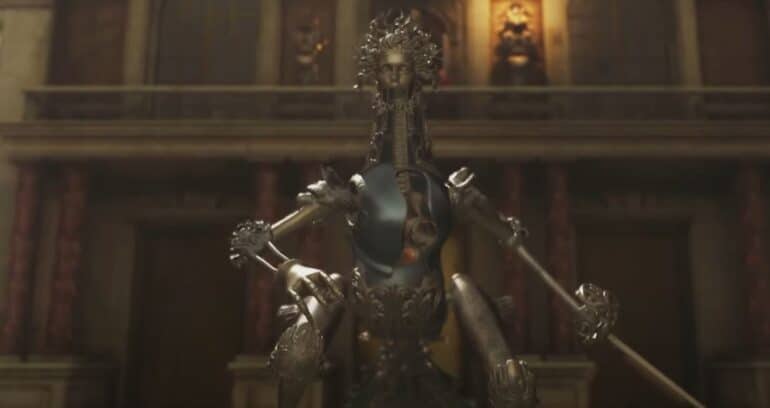 Who is the Iron Queen in Steelrising?

As stated, The Iron Queen is the final boss of the game. Her unique structure is very weak at first look but her armor and resistance to high damage are very noticeable. Moreover, this boss has a series of agile attacks making it hard to dodge.

The Iron Queen’s main weapon mostly is the large épée and being thrust and pierced by it deals quite a huge amount of damage. If players distance themselves from her, she will shoot a long laser from her forehead. Also, it is noted that she will throw explosives coming out of her chest like mortar fire.

How to defeat the Iron Queen in Steelrising

The most obvious way to defeat this strong Titan is by using explosive grenades. Stocking up on Anima is a must so buying grenades from the store is one way to easily defeat the Iron Queen.

Another way of defeating the Iron Queen is using Hammer Type weapons and doing fully charged heavy attacks when Iron Queen does slowdown during its ranged attacks. Make use of the dash ability that your character has to be able to get closer and avoid the incoming mortar fire and avoid as well the sweep attack it does from its tail feathers. Doing so will give players a chance to defeat the Iron Queen better.