Top 12 Upcoming Platformer Games 2022 and Beyond 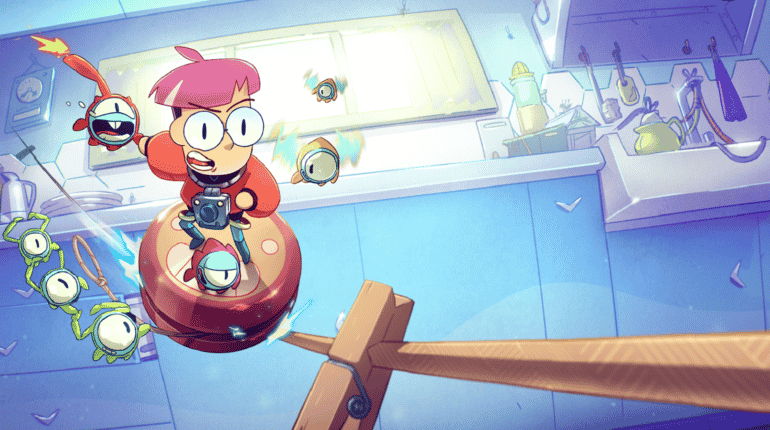 Super Mario didn’t invent the platformer genre but it did introduce a new audience to video games who still remember it fondly to this day. The same also goes for Super Mario 64, a pioneer in 3D platformers. The gaming landscape would be a completely different world if it weren’t for these iconic platformers.

Anyways, here’s our list of Upcoming Platformer Games 2022 and beyond!

Lords of Exile looks like a cross between Castlevania and Ninja Gaiden. (The original ones on the NES. Look ’em up. Good games.) Although we are apprehensive when games try to be as good as the classics, we’d rather prefer that they give more to the genre than take from it. But if the trailer is to be believed then we are in for an intense action throwback that’s begging to take our extra lives.

Space Tail: Every Journey Leads Home would have been ok if it was only about a dog trying to find its way home after getting lost in space. Add in alien satellite weapons and the ability to make friends with other creatures, however, and now you’ve piqued our interest. We can’t wait to learn about this game and hopefully, it does come out sometime this year.

We don’t know yet what Candle Knight is fighting against, though we doubt it’s something as vague as… darkness. That’s a little on the nose, huh? Well, Candle Knight becomes more powerful the moment another candle is lit so it may not be so far off. Regardless though, the trailer shows off some pretty nice visuals as… the lone Knight forces back the darkness and reveals more of the castle… We seriously hope this enemy is something we can actually cut with our sword. But hey, at least the platforming looks good, we’ll give them that much.

Every time I look at Gunbrella, I can’t help but think of Guardians of the Galaxy Vol. 2 and the possibility of one of the developers going on like, “Yes! That’s Mary Poppins!”, and now I’m associating this game with the timeless nanny’s… umbrella.

So the affectionately named Gungrella is capable of doing lots including but not limited to: a mobility gadget, a bulletproof shield, a parachute, and whatever else was in this trailer. Well, it’s Devolver Digital so we’re confident that it’s going to deliver on the action side so all that’s left is how the game fairs as an actual platformer.

Lil Gator Game taps into that childlike wonder that most of us had while growing up. The game is all about Lil Gator trying their hand at game development in an attempt to get the attention of their older sister… who happens to be a college student. You will be setting up cardboard cutout “monsters” and role-playing scenes from games like The Legend of Zel- I mean! Standard RPG hero.

This is probably one of the most light-hearted platformers coming out this year. It’s going to be a chill game and it’s nice to have a change in pace every now and then.

One of the more recent additions to this list, Mail Time didn’t even appear on our radars until the Wholesome Direct and we knew at that moment that it had to be on one of our lists. Like Lil Gator Game before it, we expect a lot of light-hearted fun.

In Mail Time, players take control of a newly minted mail scout on their first day on the job. You’ll need to hop, skip, and glide towards your destination. But being part of the community, you won’t hesitate to give a helping hand to anyone who asks. (And the ones who are too stubborn to ask.)

Part puzzle solver and part 2.5D platformer, American Arcadia is all about breaking free from the ultimate reality show of the same name. Players must help Trevor stay one step ahead of an all-powerful TV company hellbent on making money from the daily dramas of the people living in Arcadia.

The gameplay is split between 2.5D side-scrolling platforming segments and puzzle-solving elements from the studio’s control room. Not everyone wants to see Trevor get caught and while we don’t know yet the motivations of this new ally, Trevor can take comfort in the fact that he is not alone in the fight.

The Library of Babel

The Library of Babel is a very interesting game. It is a stealth platformer set in a post-human society run by robots. Everything was going well until the robots discovered a terrible truth about the past and chaos soon descended. Join Ludovik as it traverses the overgrown jungles looking for answers behind the current conflict and about the creators who made them. (Maybe we’ll also find out why robots overlook a mysteriously placed cardboard box in the middle of the jungle.)

Ultimately, what set this game apart is its focus on stealth as well as its visuals. That’s why it is so high up on our list.

For us, GIGABUSTER is a Saturday morning cartoon if it decided to stop being a cartoon and become a Mega-man game instead. There’s not much to say about this game besides the impressive visuals and the non-stop combat. Technically, the only reason why this game isn’t higher on the list is because of how silent the developers are. It’s not an inherently bad thing but we don’t even know if the game will release this year or within the next five.

You can play the demo in the meantime.

Kraino ReAnimated is one of the best-looking pixel-art platformers we’ve seen in a while. What’s more is that there is this sense of contact movement, aided of course by the character’s weapon of choice, the scythe. From the gameplay alone we suspect a lot of precise movement and satisfying platforming. And that’s enough to get us hyped for this game’s release next year.

The Last Case of Benedict Fox

We don’t know what Benedict Fox did to have a connection with a shadowy being like that but we’ll assume that this is a mutually beneficial partnership…. so long as Fox has some unfinished business in this world. The Last Case of Benedict Fox is all sorts of stylish, from the 1930s era to the way fighting and platforming look and feel, this is going to be one to watch the closer we get to that Spring 2023 release date.

In our preview article, we described Tinykin as a modern-day Pikmin game with 2D sprites in a mostly 3D world. Players take control of Milo, a science kid working on science stuff. An experiment goes wrong and he ends up in a version of Earth that hasn’t seen a day past 1991. There he meets these creatures called Tinykin who are more than happy to help this small human. The same goes for all the mild-mannered insects who wouldn’t mind helping Milo get back home… if he helped them sort out their problems first.

Tinykin is a very quirky game and we are looking forward to it the most when it comes out This August.

And that’s our list for the Top 12 Platformer Games 2022 & Beyond. The list has a good mix of action platformers and wholesome chill ones. If any of you guys want us to make separate lists for next, do let us know. We’ll still keep it in mind for next time.

And go check out this video from YouTuber Tensor Gaming where they talk about their list of Upcoming Platformer Games on Steam for 2022 and 2023.