Top 12 Upcoming Farming Games 2022 and Beyond 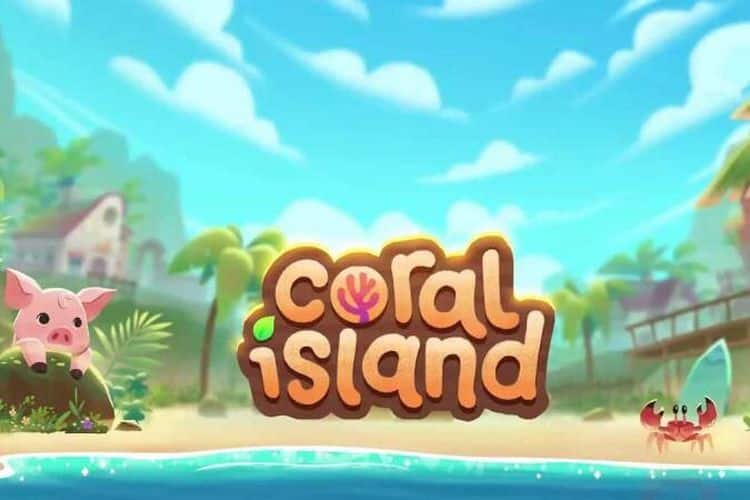 Before there was Stardew Valley, there was Harvest Moon. There might be earlier games that used farming mechanics first but those two games that first to mind for many players. The genre’s grown a bunch over the years but every game still has the elements that first appeared in those games.

The games on this list of upcoming Farming Games 2022 do their best to stand out in their own way. But like how shooters prefer to have standard controls, a bit of familiarity goes a long way in helping players get settled in faster.

What do most farming games have in common?

Many games that consider themselves farming games (not to be confused with farming simulations. Those are completely different beasts.) typically utilize a tiled system for planting crops. With this system, it is easier to perform tasks like watering and harvesting without going through the hassle of confirming if all the plants are getting equal amounts of attention. Plus, it looks visually pleasing.

(On a side note, have you seen what counts as efficient farming in Fallout 76? it ain’t pretty.)

With that out of the way, let’s get on with our list!

It’s fair to say that Songs of Glimmerwich has more in common with the Magical Academy genre than it does with farming. However, your character does appear to be taking care of the school’s botanical garden and as such, involves a lot of farming. What’s more, you can use magic to independently manipulate tools and call for convenient rain showers. We don’t know how to control spells yet with a flute, we just hope that it functions similarly to an Ocarina.

It’s the middle of Summer and you and your loyal pet dog are tending over your grandparents’ farm. During the day, grow crops, take care of animals, and build workstations. But the game’s most unique aspect doesn’t start until night falls and you fall asleep. With the aid of a magic hat, you enter a dream state and actually control your pets. Some nights you might need to possess your dog and keep wolves away. Other nights you may find yourself in constant conflict with the rats as the cat and it is your food pantry that’s on the line.

It’s an interesting idea and we will be keeping an eye out on this game’s development.

Harvest Island is a self-described story-driven farming simulator. This isn’t to say that most aren’t story-focused, though you can’t deny that other farming sims are content with just letting players keep doing their thing for a very long time with little regard to their story. From what we can tell, it’s similar to Harvest Moon in many ways but it is just you and your sibling that’s inhabiting an island. The island’s gods also play a more active role in this game than the Harvest Goddess. Every day, they will ask for certain items. If you present it to them, they will bless your buildings or your crafted items.

If you feel like playing a different kind of farming sim on a remote island, you should check it out.

A lot of games allow players to gather and cook food but not all of them will allow players to open up their own restaurants and serve the things they hunt. But what really interested us about Chef RPG is how good the food looks like on the menus. We’ll like it even more if the number of recipes number in the dozens. If that’s the case, we are more than happy to spend our days gathering ingredients and cooking dishes at night.

Sunnyside is a very ambitious farming/life sim. The whole idea revolves around getting away from the big cities and like what a number of Japanese youth do, moving to the countryside and making a new life for themselves. Apart from your typical activities, Sunnyside will allow players to design and build their farms the way they want them. And that’s where it could go incredibly well or incredibly bad. That is the reason why this game isn’t going any higher on our list despite its potential.

We haven’t heard much from Sunnyside for a while now but they did update their Steam page finally so that somewhat put us at ease.

Our first impression of One Lonely Outpost is that it’s a 2D My Time in Portia set in space. But of course, that’s not exactly the case. (It’s more like you’re building a more environmentally friendly version of Mos Eisley down on Tatooine.) You start off as the titular Lonely Outpost and over time settlers will arrive and well… settle the frontier with you. Once you’ve established a home for yourself, you might be tempted by the power of science to bio-engineer a kind of crop or build a bipedal walker and smash things up. It’s your choice.

The game’s been featured in a couple of high-profile events so hopefully, we are closer to an actual release date.

“Getting away from it all” is sort of a mainstay in many life sim games, whether the character means to “get away” from a situation or have a change of scenery. And from what we know about Aka, it’s a little more serious than just wanting a different perspective. In Aka, we play as a former soldier who is trying to find some semblance of inner peace after fighting in a war. One of the activities our character tries is farming.

We don’t know yet how the aftermath of war will affect our character but we can assume that to find inner peace, we’re going to have to face those ghosts. Farming aside, this might be an interesting journey.

What do you do when you wake in the future and all you see are waterfalls and an endless jungle? Pick a rooftop and call it home, of course! In I am Future, players will have to rip apart and repurpose components from the old world to create something new… like the planters that’ll grow your food. We are excited to see what kind of trouble we can get ourselves into in the new world. And hopefully, our Wilson isn’t made of synthetic leather and air.

A farming game set in a world with Final Fantasy-eque crystals that determine the seasons of said world. Honestly, this announcement completely took us by surprise. And because it is being made by a company such as Square Enix, it might just be so different that it makes other farming/dungeon crawling games look bad in comparison. Or it can be very boring… we don’t really know what to expect until the game releases later this year. Considering how high up this is on our list, we are throwing caution to the wind this time.

The exploration aspect and visuals from the Earthlock series, that’s what we can expect from Ikonei Island. Throw in “place anywhere” building mechanics and the potential for multiplayer and we are looking at a farming game with lots of side activities. And did we forget to mention that you can befriend the local wildlife to help us with certain tasks? Yeah. You can do that in this game.

My Time at Sandrock

My Time in Sandrock might be out in Early Access but that doesn’t mean we won’t be making it part of our list, especially when the game is still “incomplete”. The current version of the game is still lacking story questlines, general polish, and a multiplayer mode. The devs also have plans to replace many of the art assets. But that’s an excuse to play the game multiple times throughout its year in Early Access. In short, if you liked My Time in Portia, you’re going to really like My Time at Sandrock.

Coral Island’s environmental message lies at the very core of the game. You can say that the game is about saving an island community from corporate greed and its effect on the environment. The gameplay also sees us cleaning up the surrounding ocean and that somehow improves the general mood of the islanders. Additionally, the game looks really, really good. The simple yet appealing 3D models and the cutesy 2D sprites work so well together. And because of all these things, it is our number one game on this list.

And that’s our list for the Top 12 Upcoming Farming Games 2022 & Beyond. When we first made this list, we were expecting a lot more survival titles mixed in. Instead, we got a whole lot of management and life sims. This actually works out since we also have a survival games list and we always hesitate to add games that we’ve already mentioned before. (with a few exceptions.) But more than that, we’re really happy that we didn’t have to go real in our search. That speaks volumes about each game’s quality.

Anyways, that’s it. That’s all! See ya soon on our next list!

And go check out this video from YouTuber YourFriendJacob where he talks about his personal list of the best Upcoming Farming and Life Sim Games of 2022.