Vampires love to proclaim their chosen weapon as the best. But which weapon truly reigns supreme in V Rising? 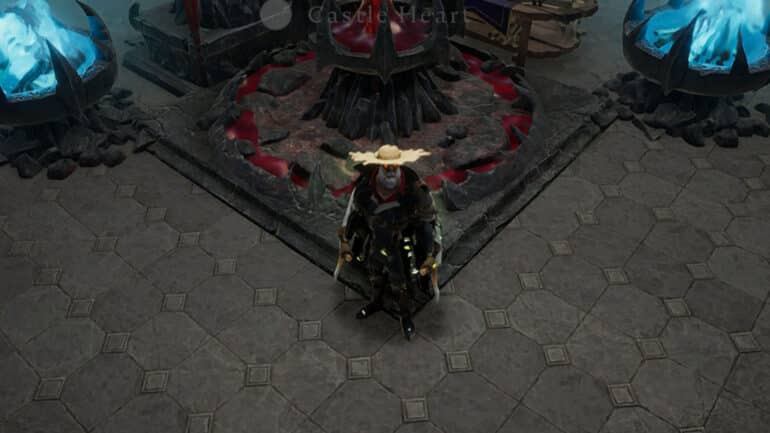 The best V Rising weapons is up to your mileage. Making a V Rising weapon tier list isn’t going to be something everyone agrees with. Don’t take this tier list as scripture as you are playing as a vampire and are better off staying away from anything holy.

Here are the best weapons in V Rising ranked from best to worst:

Weapons in V Rising, along with having their own stats, come with their own techniques that give them an added use. While some weapons do more damage than others, their utility when it comes to techniques can be a setback in comparison.

We considered how useful these weapons are in both PVP and PVE combat before ranking them. They’re all viable weapons but some clearly outshine the others. If you prefer the weapons on the lower end of our V Rising weapon tier list and are very good at using them, that’s great!

We listed every V Rising weapon down in our V Rising Weapons – All Weapons and How to Use Them guide that you should take a look at.

Swords are quick, deliver decent damage, and have techniques that allow you to quickly get close to your enemies. It’s good for crowd control and an overall great pick that can be menacing for any scenario.

Spears in V Rising are good for dealing melee damage at a distance. You can safety poke your enemies using your techniques and even bring them close to you. Chaining attacks with spears is very satisfying.

Axes are slow but they more than make up for that by being heavy hitters. What really sells them however are the buffs and debuffs they give in their techniques. Even if enemies have an easier time dodging your attacks, you can stun them and increase you attack speed.

Slashers are the fastest weapons in the game. Like featherweight boxers you can easily move in, deal damage, and move out. While slashers have the weakest attacks, they have a technique that boosts their attacks while invisible. A viable weapon for sure, but some Vampire Abilities can already do this for other weapons.

Reapers are really good for AoE crowd control and damage. However despite their excellent performance in PVE, they can be lackluster in PVP. Which may deter competitive players.

Maces are the hardest hitting weapons in the game but they are also the slowest. They can be challenging to use in PVP since enemies are more likely to get out of the way of your attacks.

Crossbows deal good damage on hit but they have a slow fire rate and are more of a hindrance in PVP combat. They’re viable for crowd control and keeping distance in PVE but if you’re facing off against other players who can quickly close in on the distance and dodge your attacks, you’re pretty much done for.

That’s our V Rising weapons tier list. You may not agree with out list up above and you certainly have your own reasons for doing so. Perhaps you’re a sneaky rogue who love to go invisible and backstab enemies. Then you’re definitely going to gravitate towards your own style of weapons which is encouraged in V Rising.

Don’t go just yet because we have more articles that you may be interested in. Besides having weapons, you also need to pair them up with the right skills. Read our V Rising Skills – All Ability Types Explained for every ability you can cast in the game. Both weapon techniques and vampire abilities can be complimentary to each other.

Check out this Youtube video from Demone Kim showcasing all weapon animations and techniques from V Rising.