Unlike mere mortals, Vampires have supernatural ability that put them ahead of the undead curve. What are these supernatural skills in V Rising and how do they work? 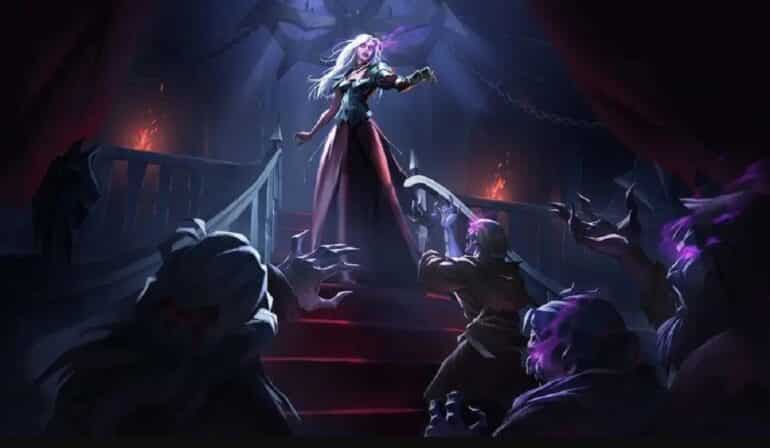 In V Rising skills or abilities give your vampire the edge they need to become the most dangerous undead predator roaming the night. You might have difficulty choosing which ability type you want to have. We’re here to help you understand what these abilities are so you can choose the right pick for yourself.

There are five types of V Rising skills / abilities:

Each skill or ability type have their own specialties and set of abilities unique to their types. You’ll be able to mix-and-match these abilities without any penalties allowing you to chain together the ones you find most beneficial to you. V Rising abilities are very diverse which allow you to form your own combination.

HOW MANY SKILLS / ABILITIES CAN YOU EQUIP IN V RISING?

You can equip up to four skills from any ability type at the same time in V Rising. Each skill can be equipped into different slots depending on their usage.

Skills or abilities in V Rising, no matter the type, can be placed in three different categories. Basics abilities, in general, are quite diverse and can be anything from life-steal to summoning illusions. You can equip up to two of them at once.

Travel abilities are abilities that help you primarily get around. However they’re not limited to just traversal alone. They can buff, debuff, and even damage enemies. You’re only allowed to have one travel ability equipped.

Blood type abilities are quite diverse and can center around stealing life from your enemies and healing yourself. You can also buff you and your teammates with these abilities. Useful if you’re looking for V Rising abilities that keep you alive.

Chaos abilities all revolve around its gimmick of Chaos Burn, a debuff that damages enemies over time. While it’s a pretty basic concept out of all the V Rising abilities, dealing damage over time can be a devastating debuff.

Illusion abilities mostly focus on summoning illusions that allow for different type of attacks. They can be pretty diverse in effects and can’t really be nailed down like other V Rising abilities.

Unholy abilities prioritize debuffing your enemies. They can really help deal more additional damage out of all V Rising abilities.

HOW DO YOU GAIN NEW SKILLS OR ABILITIES IN V RISING?

You can gain new skills by defeating bosses located around the map in V Rising. Bosses will unlock new abilities for you to use upon defeat. The stronger the boss beaten, the better the ability.

That’s our guide for V Rising abilities. We hope you get an idea of which abilities you can get in the game and which are for you. You can mix and match these abilities with the weapon type you wield. Read our V Rising Weapons guide for more information.

If you’re hunting for bosses around the game to gain these abilities, you may want to know how to get around fast. Did you know you could actually tame your own horse in V Rising? Read our V Rising Horse Guide for more information. Speaking of getting around faster, you should take advantage of the game’s fast travel mechanics to safely move between areas saving you time. Our How to Fast Travel in V Rising guide has you covered there.

Check out this Youtube video from Blackout Gaming showcasing all the Blood type abilities from V Rising.