V Rising Weapons – All Weapons and How to Use Them

Every weapon in V Rising, Weapon Skills and Techniques. 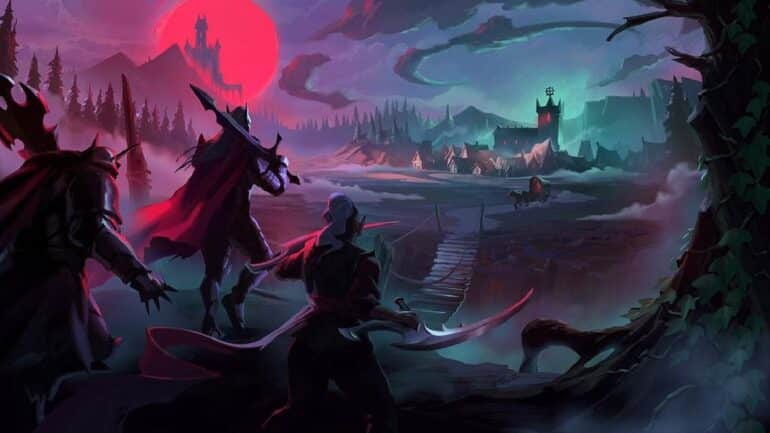 Vampires are just as proficient in weapons as humans are. In V Rising weapons can be used combat both humans, monsters, and other vampires. If you want to be the strongest vampire in the game, you better start getting familiar with all the weapons you can kill your enemies with.

There are 7 weapon types you can wield in V Rising:

Like every equipment, weapons can degrade if not repaired. They will also disappear upon death. Keep an eye on the durability stat of your weapon to ensure you can repair it with the right materials.

All V Rising weapons come with their own basic attacks which does a 3-hit combo with the exception of Crossbows. Each weapon have their own two techniques exclusive to their weapon type, but you need the weapon to be made of a certain material before you can get access to these techniques.

How to Use Weapons in V Rising?

Each of the V Rising weapons has several techniques and combos that deal different damages. Below are all the V Rising Weapons, weapon skills, and how each weapon works.

You can fight with your hands. However they do not do much damage nor do they have access to any techniques so they’re not considered a weapon type. Your hands can’t be made of silver material after all. Your unarmed combat is useful for fighting lower level enemies that you want to feed upon without accidentally killing them from too much damage.

Sword in medieval times were a symbol of status, in V Rising they’re an absolute threat in your hands. Swords are quick and provide a technique that let you fight from a distance.

Spears give a good range for physical damage allowing you to keep a safe distance from enemies while poking at them. Good for players who want more distance while still fighting close ranged.

Axes are slow but they hit hard and can give you bonuses while debuffing enemies. Good for players who want to be berserkers but it can often rely a bit too much on techniques before it gets good.

Reapers are good for AoE damage and crowd control.

Maces hit hard but are the slowest weapon type in V Rising.

Slashers are the weakest weapons in terms of dealing damage but they are incredibly fast.

Crossbows are difficult to master due to having a long casting time and anticipating movement for the travel time of your bolts. They do deal a lot of damage if you can accurate place your shots.

The best V Rising Weapon is undoubtedly the Sword. With its high damage-per-second and powerful Shockwave attack which may be used to avoid enemy attacks, the Sword is our top pick.

However, depending on the player’s preference, faster weapons, such as the Reaper and Slasher, can cause more damage every hit, but they aren’t as effective as the slower weapons such as the Spear and the Axe. In spite of its lack of mobility, the Spear is unmatched in its ability to annihilate single targets.

If you are a player who prefers long-ranged weapons, aside from its usefulness for long-distance shooting, the Crossbow’s other attributes aren’t enough to offer it the greatest shot at competing with the other weapon kinds.

While strategic players might prefer the Slasher because of its camouflage function for stealth, unfortunately it can’t compete with other melee weapons in terms of damage output.

That’s all for our guide in V Rising Weapons. We hope you learned more about the fine art of combat and understand that, like us, vampires are just as violent and not at all too different. If you wish to understand more about how vampires work, we have few more guides you may be interested in.

If you’re curious as to how these weapons look, take a look at this Youtube video from Demone Kim showcasing the V Rising weapons in all their glory with All Weapon Skills and Animations in V Rising: