Where Is Sniper Elite 5 Located?

World War 2 has an expansive history of countries involved that the Germans occupied. So where are we going for Sniper Elite 5? 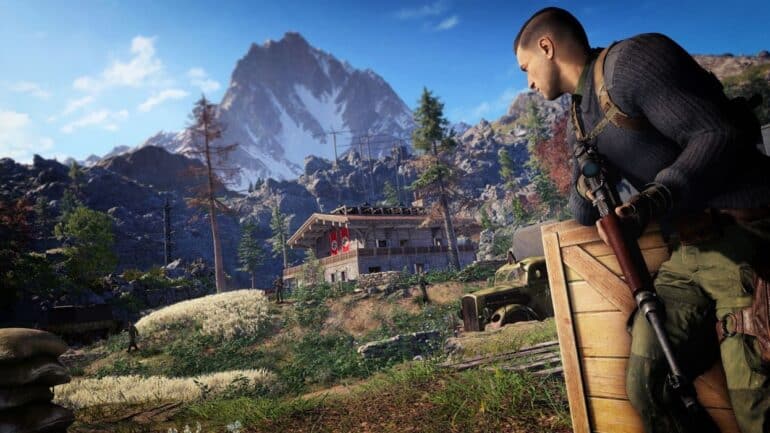 Sniper Elite 5 is once again set in World War II where a good number of European countries were involved. In the previous Sniper Elite game, we crawled under the architectures of Italy during the nation’s alliance with Nazi Germany. Now you could be asking where is Sniper Elite 5 located this time around.

Where Is Sniper Elite 5 Located?

Sniper Elite 5 is set in the country of France during its Nazi occupation in World War II. The game is a direct sequel of the events from the 4th Sniper Elite game. You once again play as Karl Fairburne operating in Northern France just before the D-Day landings in Normandy.

In Sniper Elite 5, Karl is tasked with assassinating several high ranking SS Nazi officers under the military operation codenamed Kraken. Karl will have to scale French architectures, plains, and jungles all under German occupation to get to his targets.

Despite Karl Fairburne’s success in the preceding Sniper Elite game, his objective will only become harder from here on out. One of the new enemy units introduced to Sniper Elite 5 is the Tiger II Heavy Tank an absurdly powerful German tank with nigh impenetrable armor and a lot of firepower. Karl will have to fight with weapons like the Panzerfaust that strong enough to penetrate its armor.

Speaking of weapons, Karl Fairburne will get access to a large arsenal of customizable weapons. Rebellion Developments is working together with Royal Armories in order to give the Sniper Elite 5 weapons the degree of authenticity and realism that players deserve.

We hope this answers your question regarding where is Sniper Elite 5 located. If you’d like to learn more about the Sniper Elite 5 game, then we have other articles that can help fill in the blanks.

Check out this Youtube video from SPD Gaming where an 11 minute demo about Sniper Elite 5 is shown.