How to get A Plague Tale Requiem Bracer Secret Armor

Unlocking one of most important armors in A Plague Tale Requiem 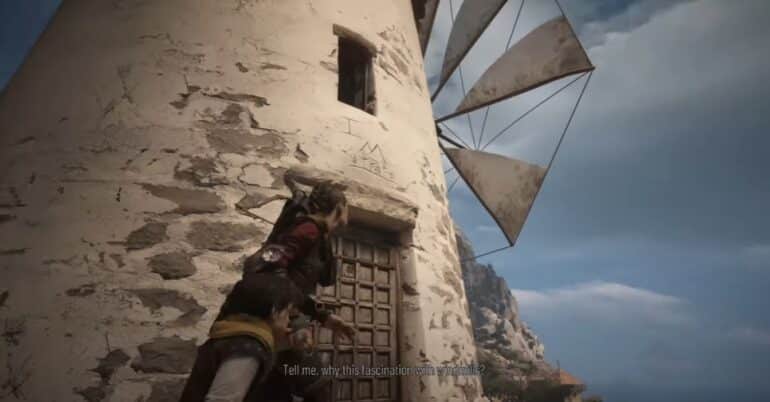 Where to find Bracer Secret Armor in A Plague Tale Requiem

As stated above, there is an optional quest that players can do at the beginning of Chapter 9 of A Plague Tale Reqiuem. In the beginning, Amicia head down the stairways to the courtyard of the Palace, and there will be a soldier standing by at the entrance. Talk to him and the puzzle quest will begin.

The puzzle will center around the 4 windmills. Each windmill is marked with a number on the door, 1 to 4. To solve these puzzling windmills, you need to make that 2 windmills are functioning and the other 2 are turned off. Technically speaking, players will need to turn off Windmill I and II and keep Windmill III and IV active.

Here are the following steps in unlocking the secret armor for Amicia.

Once all the proper windmills have been set, head back to the small hole where there is a windmill picture hanging on the wall. Explore the inside and deep within is the box where the bracer is located.

Check out this video made by Maka91Productions to know all the steps and tricks in unlocking the Bracer Secret Armor in A Plague Tale Requiem.