A Plague Tale Requiem Walkthrough Chapter 12: The Life We Deserve 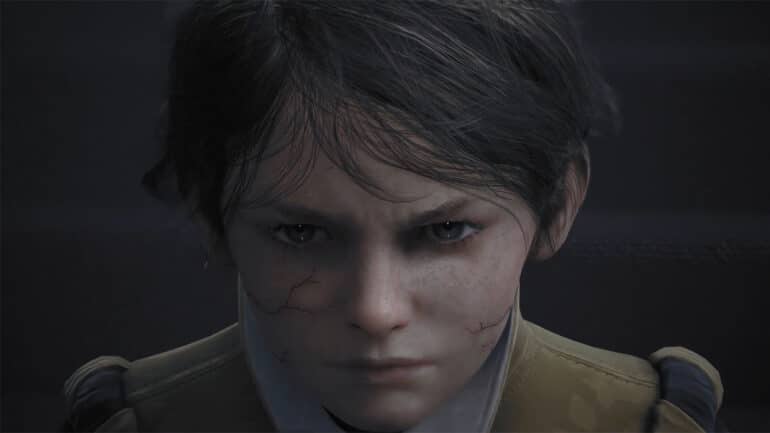 The Life We Deserve is the twelfth chapter in A Plague Tale: Requiem which follows the de Rune siblings finally being reunited with their mother and friend after learning the truth about what happened to Basilius. Their reunion is cut short when the Count summons Amicia.

In this guide, we will go through the walkthrough of chapter 12: The Life We Deserve, of A Plague Tale Requiem, showing some tips, tricks, or solutions on how to complete the chapter.

A Plague Tale Requiem Chapter 12: The Life We Deserve starts off with the de Rune siblings about to make their way out of the island after managing to get out of the infested cathedral.

Follow the path to the left and grab the torch by the corpse. Light it up and then cross to the other bonfires.

Follow the soldier as you go through the palace walls, courtyard, and into the palace. You then get reunited with Beatrice and Lucas, but then another soldier fetches Amicia under the order of the Count.

Follow the Count through the palace. After going through a door, he then kicks Amicia down the stairs with the attempt to kill her.

Run away from the Count

You’ll regain control of Amicia afterwards, so move backwards until you reach the wall. Prepare for a QTE to deal a counterattack against the Count. Then, run towards the door lit with a lamp and move to the path to the left into another door.

The count will come into the kitchen from another door, so as soon as he does, jump over the barrels to the left and then hide under the table. Wait for the Count to pass before crossing over to the other side, under the table, and towards the door to the left. You can run at this point as the Count will once again show up in front of you. Turn left past the servant, then turn right.

You’ll arrive at the cellar. Run towards the far left corner of the room. Run towards the gap and squeeze through it to reach the pot room. As soon as the Count appears in front of you, squeeze through the gap again and run to the opposite door to enter another kitchen. Weave through the tables and pay attention to the Count’s voice; if he’s approaching the door you’re about to go into, turn around and head back to the door you came in from.

Run across the cellar into the dark corner on the far left and then go down the stairs and through the door to reach another part of the cellar.

Find a way out of the cellar

You arrive at the lower cellar. There are two cranks on either side of the room, but you only need to operate one. As soon as you move one of them, the Count will show up and start chasing you. Use the shelves and tables to shake him off your trail. Try to lure him away from the crank that you are using before moving back to the crank and turning it some more. Once the gate is down, head through it and move across to the door on the other side.

Follow the path through the corridors until you reach the exit. A cutscene will show the Countess talking to a bound Beatrice. Amicia tries to save her, but she gets kicked to the ground by the Count. Amicia managed to kick the sword out of the Count’s hand and a QTE will follow, but Amicia fails.

Prepare for another QTE where the two clash their sword, but Amicia still fails. The Countess talks to Beatrice again and she kills Beatrice.

You gain control of Hugo as he wakes up from slumber. Follow the straight path until you arrive at the same theatre. Hugo will then see his dead mother and gets enraged, sending out rats.

Push Hugo to the limit

Controlling Hugo again, aim at the incoming soldiers and send out rats their way. Continue doing this until Hugo’s stress meter fills up.

Kill the Countess on the central stage

Finally, aim at the Countess to send the rats to her. After the scene, the floor underneath the siblings will collapse. The scene ends with the siblings and Lucas being shown surviving the fall.

Check out this video by Happy showing gameplay from Chapter 12: