A guide on how to use the Destiny 2, A Small Gift, and how to get all 9 cat statues in The Dreaming City. 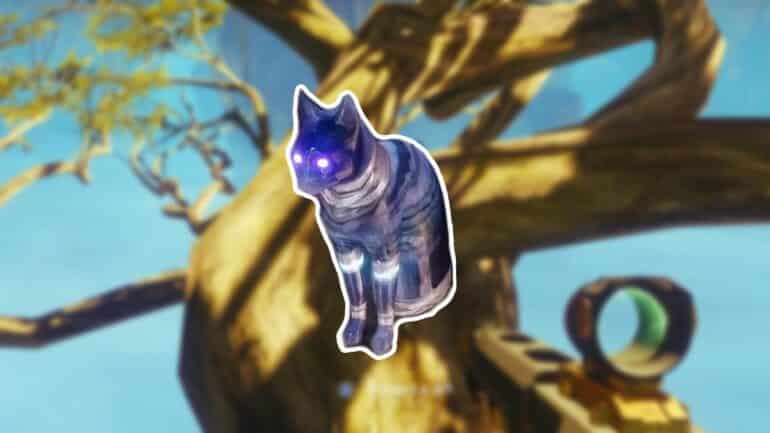 Destiny 2’s A Small Gift is a consumable item that drops when doing activities in the Dreaming City in Destiny 2. Its description doesn’t tell much as to what it is used for aside from having a hint of mint. However, this particular item can actually be given to some cats hidden across the Dreaming City in exchange for some local gifts.

In this guide, we will talk about where to get these Small Gifts and show the locations of the cats that they can be given to.

What is A Small Gift in Destiny 2?

A Small Gift is a consumable loot drop that can be acquired from doing different kinds of activities in the Dreaming City region, that includes clearing Lost Sectors or doing Patrols, to name a few. These Small Gifts can be considered as a sort of catnip in the Destiny 2 universe which you can give to small cat statues that are hidden across different locations in Dreaming City.

Only one Small Gift can be acquired per character per week and there are only 9 cats to find. Once a Small Gift is given to a cat statue, you will be rewarded with a Legendary weapon or a piece of armor that comes from the Dreaming City loot pool.

Here are the locations of all the cat statues hidden in Dreaming City:

Visit the Spine of Keres observatory at the northwest side of Divilian Mists. Use the platforms on the inner walls of the tower to climb to the highest point. Once there, go to your right and you will see the cat statue looking outside through a huge window.

Head outside the observatory and go to the place where you fought Elikaa. Search for the crack in one of the outdoor walls and go through it. Follow the bridges, paths, and stairways until you reach the platform where the path goes through the rock face. On your left, there will be a crack low enough for you to jump over. On the other side is the second cat hiding in the bush.

Head to the north edge of the Divilian Mists near the cave tunnel that leads to Rheasilvia. Jump down the cliff and on to a lower platform that connects to a cave. Head inside the cave and you will see the third cat on your right.

As you exit the cave tunnel from Divilian Mists and into Rheasilvia, take the path on the left side of the bridge going down to a Taken blight. Go past the blight even further and take note of the small rock formation just before the path curves right. Peek behind it and you will see the fourth cat perched on a tree branch.

Go to the southernmost tip of the Gardens of Esila and look for a high rock formation with a trees on it beside an open area. Climb on it and you will see the fifth cat near the topmost tree.

Head to the southwest edge of The Strand where the gate that connects it to Garden of Esila is located. Instead of going through the gate to the garden, climb the left side of the gate by using the cliff outcrops and you will see the sixth cat behind a tree.

On the west side of Rheasilvia are a bunch of tall rock outcrops that go way down. Hug the side of these outcrops and time your jumps and hovers to make it across the huge gaps in between them. You will also have to hug the sides of a cliff face, you’ll have ample footing to make it across safely. You will see the seventh cat at the base of a crystal statue at the end of the trail.

Go inside the Harbinger’s Seclude in Rheasilvia and find the room with the tree in the middle that have hanging lights on it. Climb on top of the tree to find the eighth cat.

Go further up north to the end of Harbinger’s Seclude and head towards the back of the right side of the huge arch. Use the outcrops on the side of the cliff face to climb up and reach the roof part of the building to the right. Walk along the roof’s edge as you follow it around and you will see the ninth cat.

Once you’ve found all of the 9 hidden cat statues and have given their Small Gift, you will be rewarded with the “Remember Your Manners” Triumph and the Ennead Emblem that you can show to your friends and other players.

Check out this video by Ninja Pups showing the locations of all the cat statues in Destiny 2: