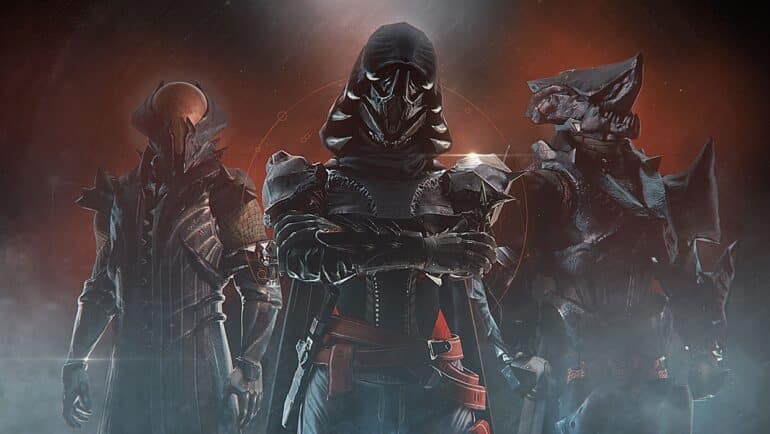 You can find King’s Fall secret chests in Destiny 2 if you know where to look for them. These chests can reward you with extra weapons and armor that will help you when you decide to tackle King’s Fall Raid again. We’ll teach you where to find each secret chest is hidden in Destiny 2.

It’s important to note that these secret chests will only give you items from your current loot pool. This means that you may not get promising rewards from opening them the first time you tackle King’s Fall. With the exception of mods, the only things you can get out of them are the ones that you’ve already received from the main raid encounters.

You’ll also only be rewarded by opening these chests once a week per character. Since you have three character slots, you can open these secret chests three times per week for a different character. Learn where to find these King’s Fall secret chests in Destiny 2 in this guide.

Where to Find King’s Fall Secret Chest Locations in Destiny 2?

The first secret chest can be found early in the raid. After you’ve completed dunking the orb into the statue, you’ll arrive at a point where you need two people to stand on the plates to be able to ride the Hive tombship to get to the other side. You need your teammates to stay still on the plates in order to get to this chest.

When riding on top of the Hive tombship, look to the left and you’ll see a ledge that you can use to climb to an opening in the Hive wall. Before the tombship reaches its destination, hop off of it and aim for the ledge. Climb up the ledge to get to the opening and you’ll find the chest inside. Note that the door will be closed if your teammates are not standing on the plates. You can alternate positions as to ensure everyone get’s their turn to open the chest.

After your encounter with the warpriest, you’ll find yourself in Golgoroth’s cellar where you’ll find the second secret chest. This is a maze that you’ll have to navigate in order to find your way out. This chest is more complicated to get to thanks to the maze and the fact that you need to stand on the plates in correct order to get it to appear.

We’ve presented a map above where you can see what order you have to press the plates in and their location to get to the chest. You don’t have to have your whole team press on them at the same time, just in order. The good news is that you get a notification when you’ve done this right so you don’t have to second guess.

After Golgoroth, you’ll eventually reach an area with traps that push you sideways off the platform. This is where the third chest is located. Like with the first one, you need someone stepping on the very first plate to get to the chest. Instead of going to the left immediately, pull out your Ghost to reveal the hidden platform you can take which leads you to the third chest.

Once you see the platform, jump towards it until you reach the end where it won’t show anymore. Look upwards to the right and you’ll see a pillar you can platform to. Jump towards it and turn around to see a ledge on the wall. Once you jump to that ledge pull out your Ghost again to see the hidden routes. There is an opening behind you that will lead you to the third King’s Fall secret chest.

Those are all the Destiny 2 King’s Fall secret chest locations you can find. There is an extra boss chest that requires you to shoot the right symbols throughout the raid which gives you a guaranteed Deepsight weapon drop. However this chest isn’t part of the ordinary secret chests we listed above.

Check out this Youtube video from Fallout Plays who gives a guide on how to find the secret chests we listed above.