A look into the characters in Digimon Survive. 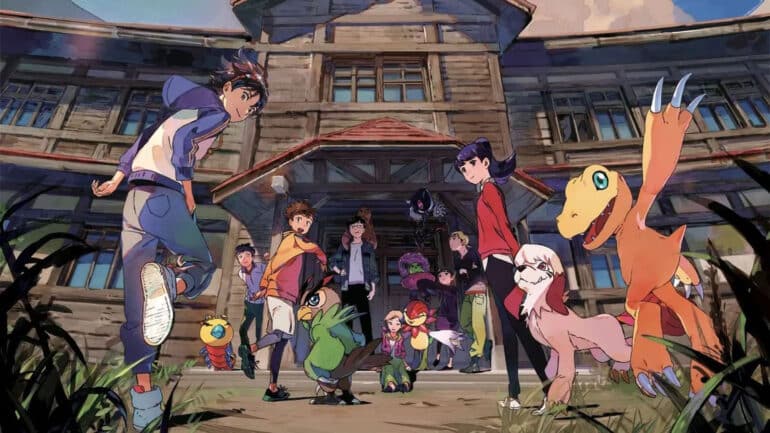 Digimon Survive is a new adventure game set in the world where humans and Digimon exist. The story introduces a new set of characters as players follow the journey of a group of teenagers who have found themselves transported into the dangerous world where Digital Monsters roam.

We get to take an early look into all Digimon Survive characters and how their dynamics with each other will affect the story of the game.

Takuma is the main protagonist of the group. He is just a regular high-schooler who has been suddenly whisked away into a different dimension while on a camping trip with his friends. His Digimon companion is Agumon.

Aoi is a very calm and serious character and is regarded as the leader of the group having prior experience as the representative of her class. She is one of the teenagers who got transported into the different dimension and she’s in charge of the group’s food and base. Her Digimon companion is Labramon.

Minoru is the group’s joker who aims to make everyone happy and just wants to have fun all the time. Because of his light attitude towards things, he often gets into trouble himself. His Digimon companion is Falcomon.

Ryou is a high-school student who was also transported into the different dimension along with the group. Despite looking tough and unfazed about the sudden events, deep down he’s afraid and just puts on a brave face. His Digimon companion is Kunemon.

Saki is part of the group who got sent into the different dimension. This did not change her attitude as she still keeps an optimistic and natural outlook in life. Her Digimon companion is Floramon.

Shuuji is the oldest member of the group and was once the leader of their camp, that is until the group was transported into the different dimension where he found it challenging to cope with the events. His Digimon companion is Lopmon.

Miu is the younger sister of Kaito and is quite the eccentric character. She is fascinated with the occult and often speaks in riddles. Her Digimon companion is Syakomon.

Kaito is the older brother of Miu and is an overall tough person. He has a strong sense of justice and he makes sure that he will always keep his younger sister safe, even resorting to violent methods if he deems it. His Digimon companion is Dracmon.

Only known as the Professor, he teaches in the university and is quite fascinated by the existence of other worlds and its inhabitants. Because of this, he is often shunned by his colleagues in the field and his works and papers are considered as heresy.

Miyuki and Haru are siblings who also got lost in the other dimension. Nothing much is known about these two mysterious siblings.

If you like this article, be sure to check out our other Digimon Survive articles:

Check out this extended animated trailer for Digimon Survive by the official Bandai Namco Entertainment (no English subs, though):