God of War Ragnarok – All The Applecore Collectibles 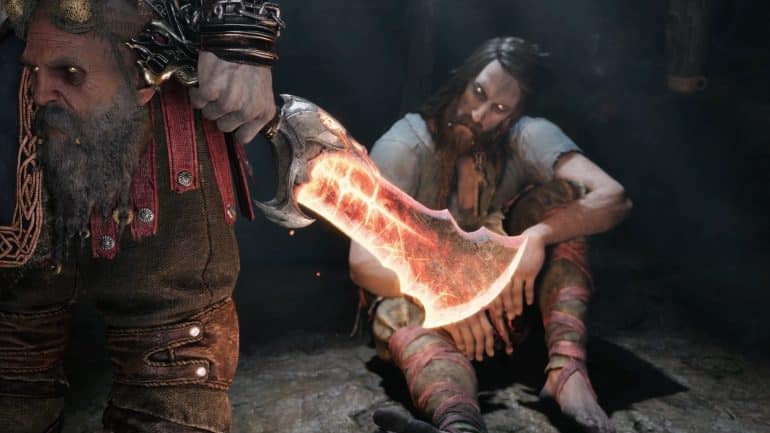 The Applecore Collectibles are scattered throughout the map of God Of War: Ragnarok. These collectibles share certain amounts of substories about the world of Kratos and his son will explore, and provide useful advantages in battle and exploration.

Read on, and this guide will list down exactly how and where to find all the collectibles in The Applecore, including what rewards await them.

The Applecore is a region found in the Svartalfheim of God Of War Ragnarok. There are a total of 14 collectibles found in this region, which are as follows:

All The Applecore Collectibles Locations

After entering the Applecore using the elevator from the Sverd Sands, walk down the tunnel until a wind pipe. Throw a spear at the wind gushing out the wall to make a path, then climb up to find the lore on the ground.

After getting lore, climb up on the left side and a Nornir chest will be there. There are 3 seals that can be unlocked by throwing a spear at them.

From where the Nornir Chest is found, go down to the end of the area and plant another spear to climb up the wall. Then, turn left and blow up the rubble to find the artifact.

Behind the artifact, follow the path to the end and use the grappling hook to swing across. Afterwards, climb down the golden chain and there is a mini-boss called Miklimunnr. Defeat him and head to the tunnel in the back room. The room has a red chest and on the right side of the gate, there will be a raven.

From where the raven was, climb along the path on the right and open the gate. Drop down straight ahead and shoot a green arrow at the sound stone to find the artifact.

Go to the door on the right of the artifact where it will trigger a mini-boss fight, Kill The Hateful and the Draugr Hole will be counted as done.

After defeating The Hateful, on the right, there is a legendary chest that can be opened.

Leave the room and climb back up on the left and turn right. Use the grappling hook to swing across and drop down on the right. Follow the mine tracks in a downward spiral to the bottom of the area and the treasure can be found at the end of the tracks on the right.

On the left side of the treasure marker, there is a wooden barricade that can be destroyed and behind it is a path where the marker is located.

From where the treasure was buried, jump over the river and follow the path till you reach the water wheel puzzle. Freeze the water and use the grappling hook and swing over. After this, turn left and shoot a green arrow at a wall to reveal the blue glowing letters on the wall.

Again, from where the treasure was buried, head back up straight to the spiral mine path and on top, go across the bridge and at the end, go through a gap to enter the next area. Swing left and climb up to exit via the big gate and then, turn left for the artifact can be found.

After getting the artifact, throw a spear at the wind in the wooden beams and climb and turn left. There will be a rift found in which players must interact and defeat waves of enemies.

In the same area where the rift was, on the right, the Nornir chest is found. Like the 1st chest found in this region, the seals must be opened the same way.

The 1st seal can be found on the right behind some water and is hard to see. The 2nd seal is on the left and players must throw the axe at the explosive vase to clear the rubble and unlock the seal. The last one is found on the path near the Mystic Gateway. Open all the seals and the chest will be opened.

From the Nornir Chest, go through the gate past the Mystic Gateway, and in the next room, climb down the tunnel and follow the path until players can see the light at the end. Interact with the blue altar on the left to open the rock wall and there will be a chest.

Watch this video by ZaFrostPet to know All The Applecore Collectibles locations in God Of War Ragnarok: