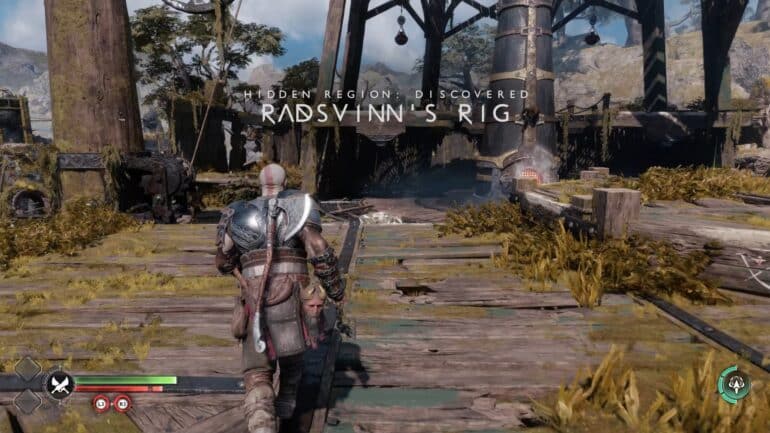 Radsvinn’s Rig Collectibles are scattered throughout the map of God Of War: Ragnarok. These collectibles share certain amounts of substories about the world of Kratos and his son will explore, and provide useful advantages in battle and exploration.

Read on, and this guide will list down exactly how and where to find all the collectibles in Radsvinn’s Rig, including what rewards await them.

Radsvinn’s Rig is a region found in the Svartalfheim Realm of God of War Ragnarok. There are a total of 4 collectibles found in this region, which are as follows:

Use the boat to go to the island of Radsvinn’s Rig and then take the path uphill left of the Mystic Gateway. Climb the first wall and on the left is a green raven sitting on a crane.

After getting the raven, climb up the 2nd wall to reach the rig but first, defeat all the enemies and interact with the rig in the middle.

At the left side of the rig is a Nornir Chest. To open it, light up all 3 seals using the Blades of Chaos.

The 1st seal is on the left of the chest, and the second is behind some metal bars that can be destroyed by climbing up the ledges and throwing the Leviathan Axe at the fire pot. The final seal is found on the right side of the chest in the back. Shoot a Sonic (green) arrow at the kegs for the seal to reveal itself and use the Blades of Chaos to light it up.

Behind the rig at the end of the area, there is a lore marker that can be picked up and collected.

Watch this video by WoW Quests to know All Radsvinn’s Rig Collectibles locations in God Of War Ragnarok: