Gathering The Collectibles is worth the reward 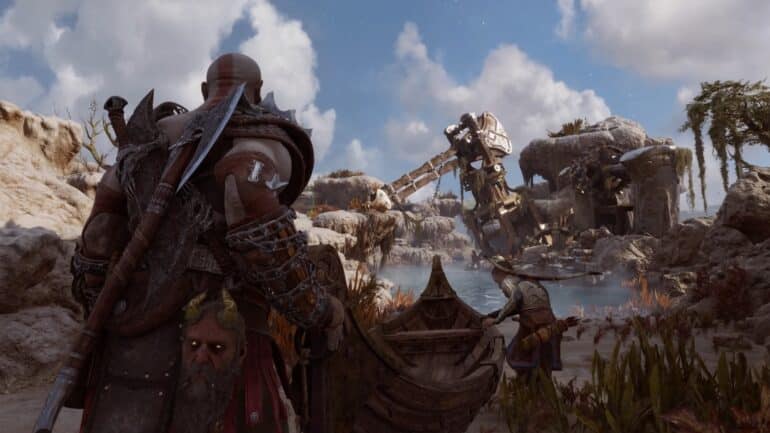 Aurvangar Wetlands Collectibles are scattered throughout the map of God Of War: Ragnarok. These collectibles have varying degrees of lore crossover with the realm Kratos and his son will explore, and provide useful advantages in battle and discovery.

As such, this guide will list down exactly how and where to find all the collectibles in Aurvangar Wetlands, so read on.

Aurvangar Wetlands is a region found in the Svartalfheim Realm of God of War Ragnarok. There are a total of 9 collectibles found in this region, which are as follows:

After exiting the Mystic Gateway, go to the left and there is a green raven on top of a rock. Throw Kratos’ Axe at it and the raven will begin to scream and will unlock the Eyes of Odin quest that will grant players a chance to find all 48 Ravens.

From where players got the things Left Behind – Hreidmar’s Brassard, players must destroy 3 seals with blue glowing glyphs using the axe.

After getting the Nornir chest contents, climb up the scaffold to the right of the geysers and slide down the rope and interact with the green portal. Defeat the waves of enemies and the activity will be completed.

Row the boat to the north where there is a broken water wheel. Before landing, turn left and there is a small cavern where there will be waves of enemies that will need to be defeated. Once you are done, the Remnants of Asgard collectible will be completed.

From where the Remnants of Asgard were, there is a Nornir Chest. Players must spin 3 posts in this area.

The 1st is to the right of the chest behind the geyser, and the second is to the left side where players must grapple. The last one is found at the bottom at the back of the area on the rocks.

After getting the 2nd Nornir Chest, grapple up on the left area and there is a chest looking at the cliffs overlooking the river.

After obtaining the Legendary Chest, turn around and drop down at the end of the path where there is a stone tablet with blue glowing text. Interact with it for the Lore.

This artifact can be found in the southern area of the region. Freeze the geysers to go up the elevator. There is a small table next to the chain in which there is an item glowing purple. Interact with it and you will get the artifact.

Watch this video created by FoggyProductions to know All Aurvangar Wetlands Collectibles locations in God Of War Ragnarok: