God of War Ragnarok – All The Forge Collectibles 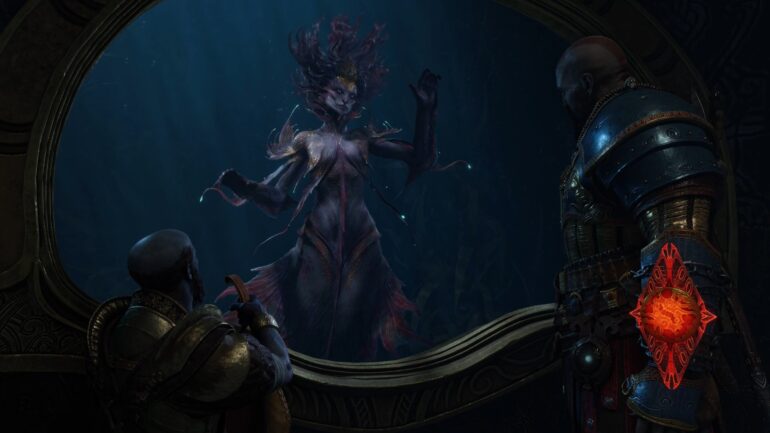 The Forge Collectibles are scattered throughout the map of God Of War: Ragnarok. These collectibles share certain amounts of substories about the world of Kratos and his son will explore, and provide useful advantages in battle and exploration.

Read on, and this guide will list down exactly how and where to find all the collectibles in The Forge, including what rewards await them.

The Forge is a region found in the Svartalfheim Realm of God Of War Ragnarok. There are a total of 9 collectibles found in this region, which are as follows:

All The Forge Collectibles Locations

After the main story, travel to the Forge by using the Mystic Gateway. From there, take the little train uphill, and above, there is a raven flying on the right.

After getting the raven, go to the first exit on the right and climb up the wall on the left and drop down where there is a purple-glowing artifact behind a wooden crate on the ground.

In the same area where the artifact was found, climb back up and go straight across to the other area on the right that has a green heart drawn on a stone where the Nornir Chest can be found. Like always, three seals must be found and must be detonated using the spear in order to open it.

After getting the contents of the Nornir Chest, head through the hole at the end of the area and there will be a rift where waves of enemies will be popping out. Defeat them to complete the rift.

Where the rift was found, squeeze back through the rocks to the other end of the area and go right to climb the first wall with white markings. This will lead to a small hut where a lore scroll can be found on the ground.

After obtaining the Lore scroll, head out to the gate on the left, and there are blue markings on the wall that can be interacted with.

After getting the 2nd lore, go through the exit and there is an area with a geyser puzzle that was completed during the main story. Throw the axe at the geyser on the right side hill to freeze it and it will lower the elevator.

Ride the elevator and recall your axe to make it move. Once the elevator is moving, the chest can be found behind a gate in which players can climb on the left wall to get behind it.

The raven can be found in the main Forge area where the spear was obtained. From the left side of the wall, the raven will be sitting there.

Climb up the wall from where the Raven was sitting and follow the path until players will have to squeeze through a gap. Afterward, throw 2 spears at the wall to climb up and the rift can be found. Immediately, interact with it, and it will spawn a Lindwyrn that’s needed to complete the The Lost Lindwyrms Favor.

Watch this video by ZaFrostPet to know All The Forge Collectibles locations in God Of War Ragnarok: