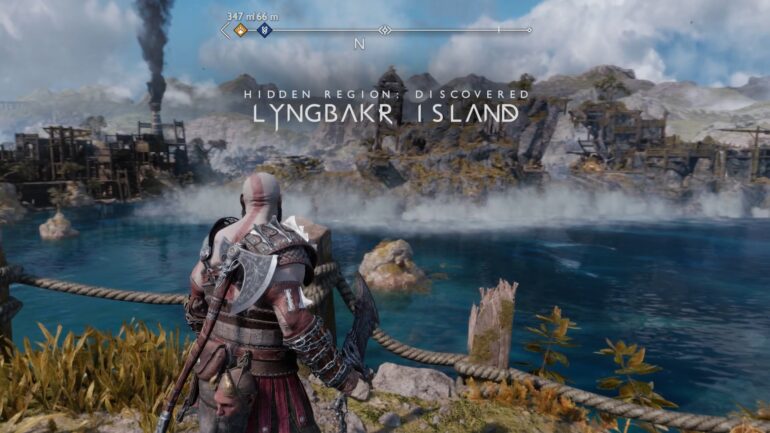 Lyngbakr Island Collectibles are scattered throughout the map of God Of War: Ragnarok. These collectibles share certain amounts of substories about the world of Kratos and his son will explore, and provide useful advantages in battle and exploration.

Read on, and this guide will list down exactly how and where to find all the collectibles in Lyngbakr Island, including what rewards await them.

Lyngbakr Island is a region found in the Svartalfheim of God Of War Ragnarok. There are a total of 5 collectibles found in this region, which are as follows:

Lore Marker – Regarding the Removal of Resources

On the island, while doing the quest to remove and cut three chains, you can get this collectible on the way. After destroying the first chain, climb the golden chain on the right as you proceed and the lore marker can be found.

Kvasir’s Poems – We Who Remain, Part the Second

After getting the lore, go to the left and climb up the all and then turn left again all the way to the end where there is a purple glowing artifact that can be picked up.

Return to where the Lore Marker was found and this time, use the to swing across the gap and climb down the chain on the left side. Destroy the Wretch Nest and it will reveal a vase full of explosives. Pick one up and throw it at the rubble where the gold chain is and it will clear a path. Head inside and there is Raven found on the ledge on the left side.

Return to where the explosive vases were and this time, throw one vase at the rubble on the right side. Grab another explosive and aim down at the docks where there is more rubble. Clear it and reach the dock using Kratos’ boat. Climb up and defeat the enemies and cut the 3rd chain. After which, slide down the rope and the chest will be found.

Favor: The Weight of Chains

If players have followed all the steps above, then they can easily complete this favor. After cutting the 3rd lock, Kratos and company must row their boat back to the eye of the island.

Watch this video by WoW Quests to know All Lyngbakr Island Collectibles locations in God Of War Ragnarok: