How to Beat Douglas Boss Guide High On Life 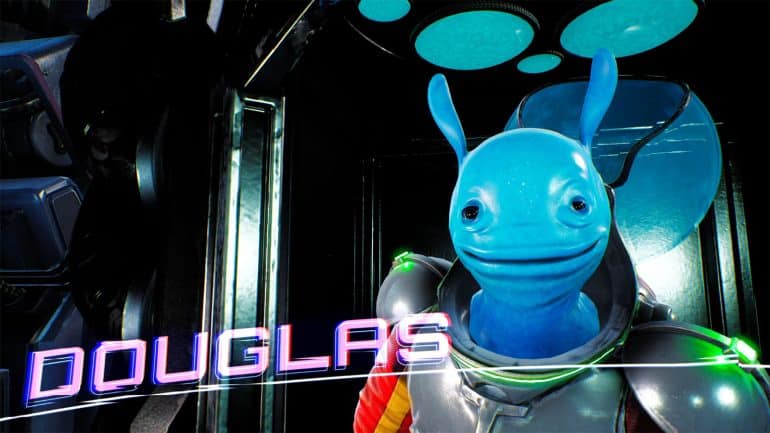 Douglas is the third boss that players will have to face in High On Life. He’s responsible for training and torturing the new recruits at G3. Because of this, his techniques are highly brutal and sometimes even deceptive.

In this guide, we will be talking about strategies on how to defeat the Douglas in High On Life.

How to beat Douglas

One of the major dangers during the Douglas boss fight is the environmental damage brought on by the electrified floors. The fight is broken down into two phases, with the second phase being more challenging as most of the floor tiles can be electrified.

For the first phase, Douglas will be moving around the arena on foot or he can jump across the four pillars. Half of the floor on this phase will be electrified in a checkerboard pattern; whichever side gets electrified will keep on pulsing electricity until the next phase starts. This means that you only have to avoid fighting on that side for the first half. Also, Douglas can shoot with a charged shot and an ink shot aside from his regular shots.

The best guns to use for this fight are Kenny and Gus as their special shots are strong enough to cause staggering. Kenny’s Multi Glob Shot can stun and stagger Douglas easily, the only catch is that you’ll have to anticipate the shot because of its trajectory.

On the other hand, Gus’ disc shot is also effective at staggering Douglas. The disc sort of slightly homes in on the enemy as it bounces off a solid object, so you can expect that there’s still a good chance for your to hit Douglas even if you miss the first shot. You can also get a good amount of damage per disc if you know how to time the deflects with Knifey.

For the second phase, most of the floor tiles will then be electrified, but still maintain the checkerboard pattern. To avoid this, pay attention to the tiles and once they start glowing, grapple on to the hookbug in the middle of the room to avoid it. Find a good spot to land and then try to find openings to attack Douglas. The best time to land a stagger on him is whenever he’s on one of the pillars as the fall makes him recover slightly slower, giving you some good time to land a melee attack.

Once Douglas is dead, you can then take off Sweezy from his tentacle and add her as one of your weapons. You’ll also get the Sweezy Like Sunday Morning and G3 Graduation achievements for getting Sweezy and defeating Douglas.

Also watch this video by 100% Guides showing how to defeat Douglas in High On Life: